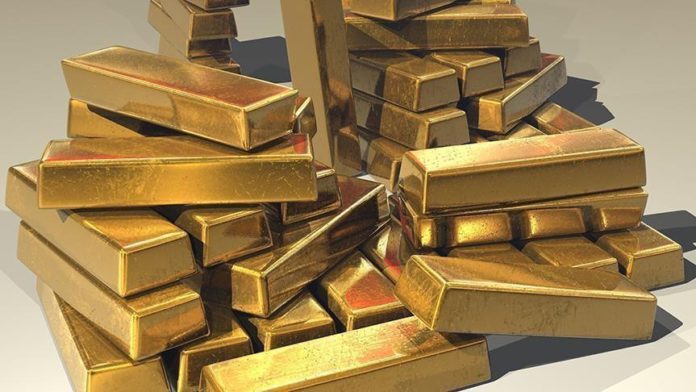 Gold prices hit their highest level in eight months as investors rushed to the precious metal as a safe haven amid the Russia-Ukraine crisis.

Price of gold hit $1,979 per ounce earlier Tuesday, climbing to its highest level since June 11, 2021, according to official figures.

It later retreated sharply to $1,851 an ounce as of 1215GMT as Russian Defense Ministry said it is withdrawing some of its troops after they completed military drills.

The ministry, however, added that other major military exercises would continue.

Price of silver also hit $23.99 per ounce on Tuesday. Although this is the highest level since Jan. 26, the previous time that the white metal challenged the $24 an ounce resistance level came in November 2021.

Crude oil prices were also on the rise amid the rising Russia-Ukraine tensions.

Price of international benchmark Brent crude soared to $96.7 per barrel on Monday, marking its highest level since Sept. 22, 2014, according to official data.

Turkey's Borsa Istanbul up 3.13% at close