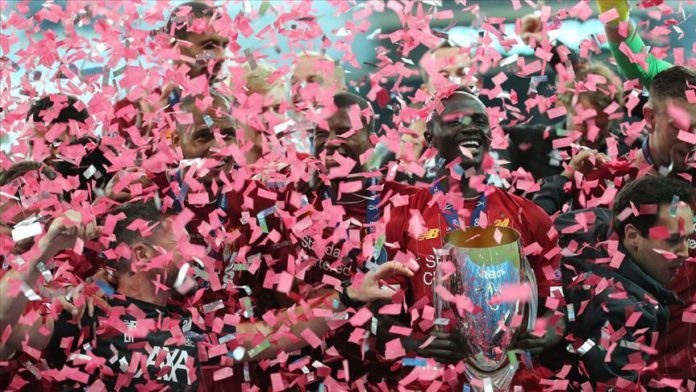 Midfielder Naby Keita scored the opener in the 23rd minute at Anfield Stadium, firing outside the penalty box.

Liverpool went up 3-0 in the 43rd minute as midfielder Georginio Wijnaldum put the ball into Chelsea’s net.

Olivier Giroud scored for the London club with a close range finish in injury time as Liverpool ended the first half 3-1.

Forward Roberto Firmino found the net with a header in the 55th minute to make it 4-1.

Chelsea did not give up as forward Tammy Abraham finished in the Liverpool area in the 61st minute to make it 2-4.

The visitors narrowed the gap to one in the 73rd minute when star Christian Pulisic scored on individual skills for a 3-4 score.

However, near the end of the match Alex Oxlade-Chamberlain, who was unmarked, scored on a counter attack to end the showdown 5-3 for the Reds.

Already clinched the 2019-20 season’s title in England, Liverpool were handed the cup after the Chelsea victory as German manager Jurgen Klopp’s team celebrated the Premier League triumph after a 30-year drought.

Liverpool dominated the league this season with a thrilling performance as it bagged 96 points in 37 league matches,

Three clubs are currently in a nail-biting race to finish in the third spot as Manchester United and Chelsea has 63 points each.

Leicester City in fifth place with 62 points in the standings.