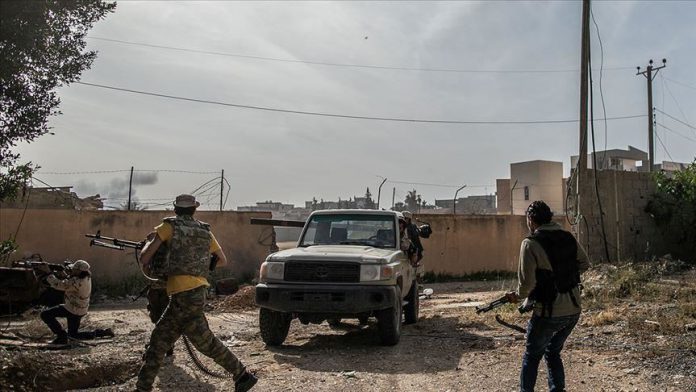 Libya’s UN-recognized government of National Accord (GNA) on Thursday launched an offensive against fighters affiliated with renegade general Khalifa Haftar in the south of the capital Tripoli.

Mustafa al-Majei, spokesman for the GNA-led Burkan Al-Ghadab (Volcano of Rage) Operation, told Anadolu Agency that the GNA forces launched an offensive against Haftar’s militia in the Al-Khallatat area.

He added that GNA forces destroyed three armed vehicles for Haftar’s militia, noting that fighting still continued in the area.

The GNA has been under attack by Haftar’s forces since last April, with more than 1,000 killed in the violence. It launched