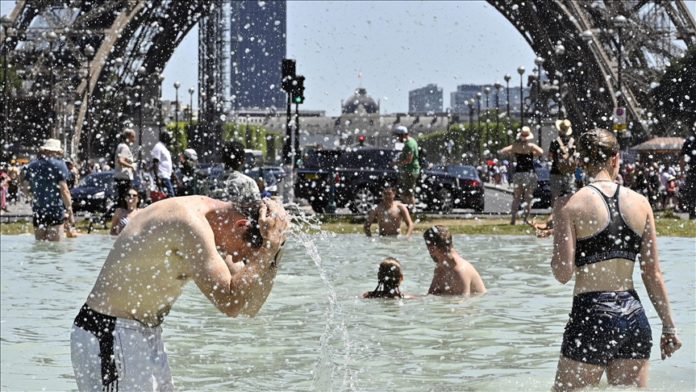 About 83 million people will die from global warming-related deaths in the 21st century without major changes to carbon emissions policies, a recently published study determined.

The research was published in the journal Nature Communications on Thursday, and attempts to account for what study author Daniel Bressler termed the “mortality cost of carbon.”

“Based on the decisions made by individuals, businesses or governments, this tells you how many lives will be lost, or saved,” Bressler said in a statement accompanying the report’s release. “It quantifies the mortality impact of those decisions. It brings this question down to a more personal, understandable level.”

Bressler does not maintain that the 83 million figure is definitive, but says it is based on “several key public-health studies,” noting his findings are based on their estimates. It also only accounts for deaths directly tied to increased temperatures, such as heat stroke, not mortality associated with climate-change caused weather, such as storms, droughts and fires.

He acknowledges that his figure may “be a vast underestimate.”

The study determined, however, that for every 4,434 metric tons of carbon dioxide emitted into the atmosphere, one person will be killed. The figure of 4,434 tons of CO2 is equivalent to the lifetime emissions of 3.5 Americans, meaning that if levels remain the same emissions of one American kills 0.29 other people.

“That does not mean each living American is currently slated to kill 0.29 people–rather, it implies that adding 1,276 metric tons of carbon dioxide tons of carbon dioxide in 2020, equivalent to the lifetime emissions of one American, would kill 0.29 people this century through the effect on temperature-related mortality,” according to a Columbia University statement.

The cost of carbon should be raised from US President Joe Biden’s $51 a metric ton he set in February — in line with EU standards — to a “social cost” of $258 per metric ton. Raising the price seven-fold would prevent a projected 74 million heat-related deaths through 2100, Bressler estimated.

“My view is that people shouldn’t take their per-person mortality emissions too personally,” says Bressler. “Our emissions are very much a function of the technology and culture of the place that we live.”