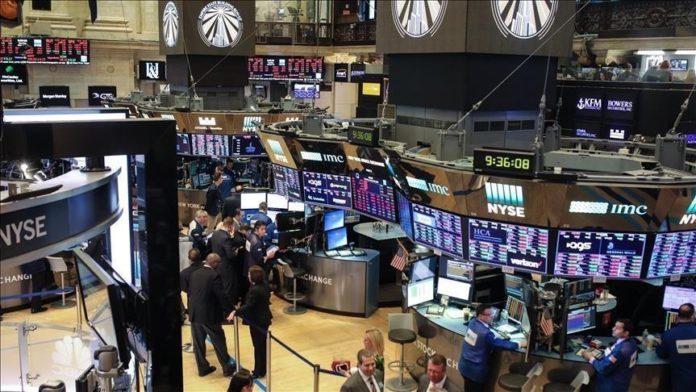 While markets posted positive signals amid efforts to ease tensions between Russia and Ukraine, investors and analysts await the minutes of the US Federal Reserve’s (Fed) January meeting to be released on Wednesday.

Russia announced the country does not want a war and removed some of its troops from the Ukrainian border, US President Joe Biden also said the diplomacy should be given every chance for resolving the crisis.

The barrel price of Brent oil, which saw the highest level since October 2014 with $94.7, decreased to $90.7 level after statements.

The US producer prices soared 9.7% in January on an annual basis, surpassing expectations.

Although inflationary concerns continue to have impact on investors, analysts focused on the January meeting minutes of the US Federal Reserve Open Market Committee.

On Tuesday, all US and European major indices were in positive side while Asian markets posted mixed figures.

In Europe, energy prices remain at the center of the agenda. Analysts monitor European Central Bank’s (ECB) verbal guidance closely for the first interest rate hike in the face of rising inflation pressures.

On Tuesday, Francois Villeroy, the member of the ECB’s governing council, said the bank may end asset purchases until the third quarter of this year and make the first interest rate hike after it.

In the eurozone, the gross domestic product growth rate exceeded the forecasts by reaching 4.6% in the last quarter of 2021.

On the Asian side, discussions continue about the economic impact of the Bank of Japan’s (BOJ) loose monetary policy stance, unlike other central banks which are taking steps towards global normalization.

Haruhiko Kuroda, the BOJ governor, said on Tuesday that if the bank ends its loose monetary policy, the bank may suffer losses on its huge asset holdings.

In China, the inflation rate was 0.9% in January, below the expectations.

Analysts will continue to closely monitor developments related to tensions between Russia and Ukraine.