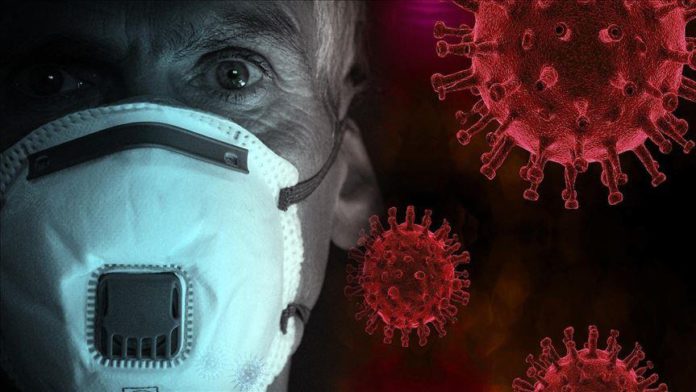 The most recently discovered Delta variant of the novel coronavirus is now listed by the World Health Organization (WHO) as a Variant of Concern (VOC), as global fears mount on the impact it may have on efforts to overcome the pandemic.

Though estimated to account for 90% of virus-related cases in the UK and India, where it first appeared, scientists are unable to determine exactly how many cases of the variant there are, since they cannot extract the DNA sequence of every COVID-19 case worldwide.

In the US, the Centers for Disease Control and Prevention (CDC) reported that 10% of disease samples collected on June 5 matched the DNA of the Delta variant, which is more transmissible than previous strains. It is expected to become the dominant COVID-19 variant worldwide.

Just like other viruses, the coronavirus also changes over time. Though most of these do not bring fundamental shifts in the virus’s characteristics, some, known as mutations, affect its transmissibility, resistance to vaccines, diagnosis, treatment, and prevention, scientists say.

WHO has so far identified four COVID-19 variants as VOCs, and eight others Variants of Interest (VOI).

According to the UN body, a variant is listed as a VOC if it is associated with an increase in transmissibility or detrimental change in COVID-19 epidemiology, an increase in virulence or change in clinical disease presentation, or a decrease in the effectiveness of public health and social measures or available diagnostics, vaccines, and therapeutics.

Tracking variants since January 2020, it has named the current VOCs after Greek letters, namely Alfa, Beta, Gamma and Delta, while VOIs are Epsilon, Zeta, Eta, Teta, Lota, Kappa, and Lambda.

Alfa was first detected in the UK, Beta in South Africa, and Gamma in Brazil.

The Delta variant is blamed for the second major coronavirus wave in India that began earlier this year in March and saw daily case numbers rise to over 400,000.

Public Health England warned in its assessment in May that the rate of spread of the Delta variant was 51-67% higher than the Alpha variant of COVID-19.

The Delta variant was also found to be relatively more resistant to vaccines than other strains.

In previous clinical trials, both vaccines had over 90% success after the second dose against the Delta variant. They prevented hospitalizations in people by rates of 96% and 92%, respectively.

The highly contagious Delta variant is expected to become the dominant COVID-19 strain worldwide, the WHO said earlier this month.

According to the body’s weekly update on the outbreak, the Delta variant has been detected in 96 countries as of Tuesday.

According to the international database Species Detection of Named Global Epidemic Lineages (PANGOLIN), the UK, where the DNA of 71,829 COVID-19 samples has matched the Delta variant as of June 29, is the country where the most cases have been confirmed.

Turkish Health Minister Fahrettin Koca said on Tuesday that 224 cases of the Delta variant have been identified in Turkey.

As countries’ capacity to sequence DNA increases, the increase in Delta variant samples detected is interpreted as a sign that the variant is increasingly spreading around the world.

India’s Health Ministry has also classified as a VOC a sub-lineage of the Delta variant that first appeared in Nepal in April and has been dubbed Delta plus.

The variant has been detected in about 40 people in three states of India, while it spread to nine other countries, including the US, UK, Portugal, Switzerland, Japan, Poland, Russia, Nepal, and China.

Scientists stress that there is not enough data yet to assess the new mutation as a VOC.