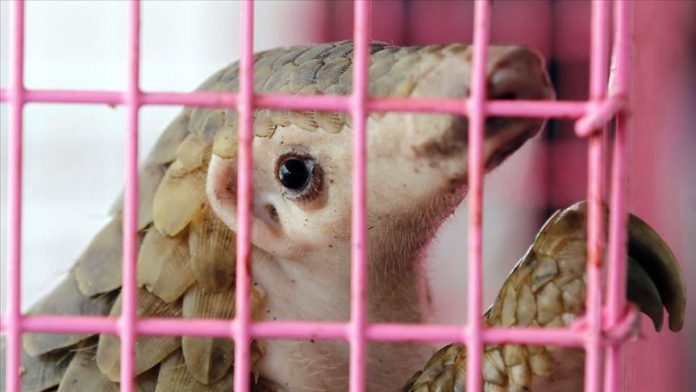 October saw several reports about illegal wildlife trade and species under the threat of extinction, as well as record temperatures, while the month witnessed Canada’s plan to ban harmful single-use plastics by the end of 2021.

– Pangolins, the world’s most trafficked mammal, continue to face extinction despite new regulations and bans toward the protection of the “scaly anteaters” by southeast Asian nations, according to South China Morning Post newspaper.

– The population of wild horses in Australia is increasing 23% every year and successive favorable seasons would see its population double about every four years, according to a report by Australia’s Invasive Species Council.

– Canada introduces a plan to ban harmful single-use plastics by the end of 2021.

– The Pakistani government’s plan to build a new city on twin islands in the Arabian Sea draws scathing criticism from environmentalists who see the ambitious project as a “serious threat” to the entire regional ecosystem.

– The EU leaders gather in Brussels for two days of discussions on various global issues, including climate change.

– Koalas, which was highly affected by unprecedented wildfires in 2019, is at risk of becoming extinct from nature in New South Wales, Australia, according to media reports.

– Speaking to Anadolu Agency, Burcu Ozsoy, the head of the first Turkish Polar Research Center (PolReC) says: “Not wars, but climate change will change the world map in the 21st century.”

– With the help of Turkey’s state development aid agency, a hatchery in the West African country of Gambia releases another batch of lively baby turtles into the sea.

– India’s only pitcher plant, known as Nepenthes khasiana, is at risk due to wild plant collection in the country, says local media.

– An unprecedented rush of clearing lands from trees to erect concrete jungles is leading to a scarcity of water and frequent droughts in landlocked Zimbabwe, according to experts.

– The Asiatic black bear living in southeastern Iran has been pushed toward extinction due to habitat destruction and poaching, according to reports.

– Pantanal wetlands in Brazil burned at the fastest rate in October since record keeping started in 1998, which further damages the country’s environmental credentials, according to media reports.

– An endangered blind dolphin is killed in Pakistan’s Nawabshah canal by a man who is later arrested, according to local media.