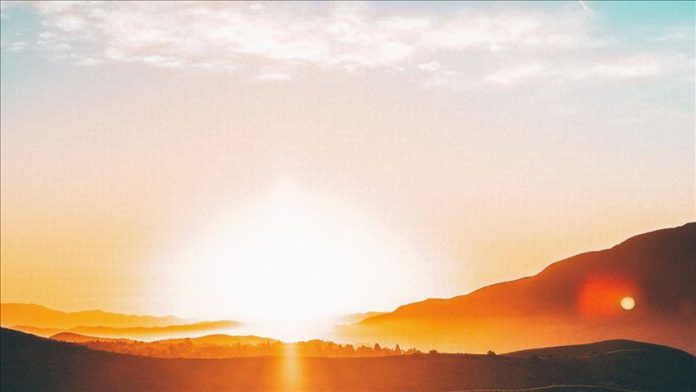 June saw a number of reports on species that face the threat of extinction globally and Ethiopia’s plan to plant 5 billion seedlings as well as a record high temperature of 38C (100.4F) in the Arctic Circle.

The following is a look at environmental developments, reports, events, and stories during the previous month.

– Over 500 animal species, including giant panda, tiny tamaraw buffalo and riverine rabbit, are on the brink of extinction, as less than a thousand of them remain in the wild, according to a new study published in the Proceedings of the National Academy of Sciences.

– Environmental movements, including 350.org, announce solidarity with Black people over the death of George Floyd, an unarmed Black man who died in police custody in the US.

– Russia declares state of emergency in the Siberian city of Norilsk following a major fuel leak in the environmentally sensitive Arctic Circle.

– Speaking at an interview, UN Environment Program Executive Director Inger Anderson says: “It is time for nature because when we take care of nature, it takes care of us.”

– The world could face more pandemics if humans did not fix their relationship with the planet, Charles, prince of Wales, says. “The more we erode the natural world, the more we destroy what’s called biodiversity.”

– “Climate crisis, biodiversity loss demand COVID-19 like measures as human health relies on healthy nature,” says head of WWF Turkey in the statement on the occasion of the World Environment Day.

– Mangrove trees, well-known species on storing large amounts of carbon, will not survive sea-level rise by 2050 if the world fails to cut emissions, according to a new study published in the journal Science.

– Organized by the UN Environment Program, the World Environment Day is celebrated online all around the world under the theme of Time for Nature.

– China upgrades national protection status of its native pangolin species which brings the world’s most-trafficked mammal under the highest form of protection as part of national legislation.

– Ethiopia plans to plant 5 billion seedlings during this year’s rainy season, the government announces. “This is part of our larger goal of planting 20 billion trees during a four-year period,” says Prime Minister Abiy Ahmed.

– Celebrated annually worldwide since 1992 following the UN Conference on Environment and Development in Rio de Janeiro, Brazil, the World Oceans Day is observed online with the theme of Innovation for a Sustainable Ocean.

– The Danish pension fund MP Pension excludes further 24 oil companies from its portfolio, divesting over $130 million in assets, according to reports.

– China removes the pangolin scales from an official 2020 list of traditional medicines as part of efforts to protect its population.

– Across the planet, 41% of insect species are in decline and one-third faces a risk of extinction, according to Insect Atlas 2020 published by environmental group Friends of the Earth Europe and the Heinrich Boll Stiftung Foundation.

– The Batangas city is named the Philippine winner in the latest edition of the World Wildlife Fund’s One Planet City Challenge, joining the list of national winners from 22 countries worldwide, the WWF announces.

– The Swedish Supreme Court gives the green light for a new oil refinery which will become the country’s largest CO2 emitter.

– Croatian authorities declare a natural disaster in the country’s northernmost province after 50 millions of bees are found death in the region of Medzimurje.

– UN Secretary-General Antonio Guterres calls for a “new contract for nature” in a message marking the Desertification and Drought Day, and urges global action and solidarity to keep nature healthy.

– Wild plant species are under pressure due to its usage to treat COVID-19 and make money, according to the Invisible Trade report published by the international wildlife watchdog TRAFFIC.

– A sustainable recovery from COVID-19 crisis could create millions of jobs while decreasing emissions, according to a new report by the International Energy Agency.

– Turkey breaks a record of past 20 years as the country produces 66% of total electricity from renewable energy in April, says Energy Minister Fatih Donmez.

– Established by the Agreement on the Conservation of Albatrosses and Petrels, the first-ever World Albatross Day is celebrated by conservation communities, says BirdLife International.

– “Climate change is as urgent as coronavirus,” says Swedish climate activist Greta Thunberg in an exclusive interview with the BBC News.

– The FairWild Week, an annual online campaign that aims to raise awareness about the importance of sustainable and equitable trade in wild plant ingredients, is observed between June 22 and 26 under the theme of Why Care about Wild Plants?

– The goal should be limiting global warming to 1.5C (34.7F) instead of 2C (35.6F) as the coronavirus pandemic has given the global community an opportunity to rebuild a green economy, Bangladeshi lawmaker Saber Hossain Chowdhury tells a webinar.

– Ciencia Magica receives the UN Convention to Combat Desertification and Heroes Award in recognition of the outstanding work to limit the footprint left on the land by human production and consumption, the UN body announces.

– Temminck’s pangolins, one of the eight existing species, returns to South Africa’s KwaZulu-Natal province where they once existed.

– Germany bans single-use plastic products, which will come into effect from July 2021, as the Cabinet agrees in line with an EU directive to reduce waste.

– Environmental activists Anne Rolfes and Kate McIntosh are charged with “terrorizing” for non-violent protest that targets oil and gas industry over plastic pollution.

– A report on Money Laundering and the Illegal Wildlife Trade is published by the Financial Action Task Force that will provide guidance to countries on measures they can take to combat money laundering from the illegal wildlife trade.

– High COVID-19 tally in India’s capital New Delhi and Mumbai is linked to air pollution levels, as the air quality has impact on immunity of people, according to health and climate experts.

– The smooth handfish, also known as Sympterichthys unipennis in scientific classification, officially goes extinct, according to a report by Mongabay, a US-based conservation and environmental science news platform.