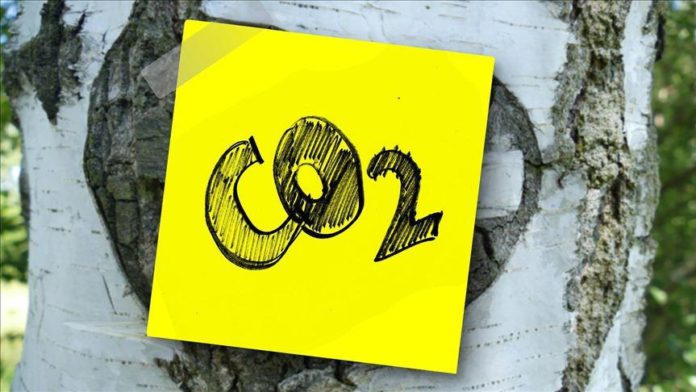 December saw several reports on climate change and extreme weather events, EU leaders’ agreement on cutting greenhouse emissions by 55% by 2030 as well as an announcement of Europe’s climate body which said November 2020 was the warmest November on record.

Here is a look at environmental developments, reports, events and stories compiled by Anadolu Agency.

– Australia breaks record for its warmest November, according to local media.

– Amid a loosening of environmental laws under Brazilian President Jair Bolsonaro, deforestation in the Amazon rainforest exceeds 11,000 square kilometers (6,835 square miles), according to official data.

– The World Meteorological Organization’s (WMO) provisional annual climate report says 2020 is on track to be one of the three warmest years on record after 2016 and 2019.

– An estimated 4.1 million children in South Sudan are expected to be in dire need of humanitarian assistance in 2021 due to “violence, armed conflict, cyclical drought, and perennial flooding,” says UNICEF.

– The world needs to decrease fossil fuel production by 6% per year to limit global warming to 1.5 degrees Celsius between 2020 and 2030, according to the UN Environment Program’s (UNEP) 2020 Production Gap Report.

– After a difficult period for humanity in 2020 due to the global coronavirus crisis, experts tell Anadolu Agency they project worse problems in the coming period, including famines related to climate change and the pandemic.

– With the world marking International Cheetah Day, Somalia is put on the spot for being the main habitat of cheetahs as pets in Gulf countries.

– November 2020 is the warmest November on record globally, with an average 0.1 C warmer than the previous warmest November in 2016 and 2019, according to the Copernicus Climate Change Service, Europe’s climate body.

– China and Nepal end a years-long dispute regarding the height of the world’s top mountain peak, both announcing its current height at 8,848 meters (29,031 feet).

– New Zealand marks one year since the eruption of a volcano on White Island (Whakaari) which killed at least 22 people.

– A green pandemic recovery could bring the world closer to meeting a 2°C goal of the Paris Agreement on climate change by cutting up to 25% of the predicted 2030 greenhouse gas emissions, according to a new UNEP report.

– EU leaders agree on cutting greenhouse emissions by 55% by 2030, the EU Council announces.

– Mountains are more likely to be polluted as more people engage in outdoor mountaineering sports during situations like the coronavirus pandemic, an expert tells Anadolu Agency.

– Pakistani Prime Minister Imran Khan is chosen amongst 10 global leaders to showcase climate action at the high level “Climate Action Summit,” according to a statement from his office.

– Asian wild elephants are under serious threat in southeast Bangladesh due to the construction of huge settlements on forest land and hills which has shrunk the mammals’ habitat and restricted their free movement, according to experts.

– Snow is falling in Japan at an “unprecedented” rate due to the combination of unseasonably cold Siberian air and warm ocean temperatures, according to meteorologists.

– A winter storm wracking the northeastern US has dropped more snow on parts of the region than it saw in all of 2019, according to meteorologists.

– India announces a 60% rise in the population of leopards.

– Portugal opened an investigation into the mass killing of 540 wild animals – mostly deer and wild boars – thought to be carried out by Spanish hunters.

– Turkey’s first lady encourages steps against climate change to stop hunger, drought and migration for the better future of the world.

– “Together, let’s make peace among ourselves and with nature, tackle the climate crisis, stop the spread of COVID-19 and make 2021 a year of healing,” UN chief Antonio Guterres says in a video message.

– Turkey sets up an environmental agency that will operate under the Environment and Urbanization Ministry.

– The Democratic Republic of the Congo (DRC), South Sudan, northeast Nigeria, the Central Sahel and Yemen, reeling from the consequences of conflicts, disasters and climate change and the coronavirus, has turned a nutrition crisis into an imminent catastrophe, according to UNICEF.

– The last glacial mass at the Humboldt Peak, known as the second-highest peak in Venezuela, is rapidly melting due to global warming, according to a study.

Turkey administers almost a million COVID-19 shots in a day