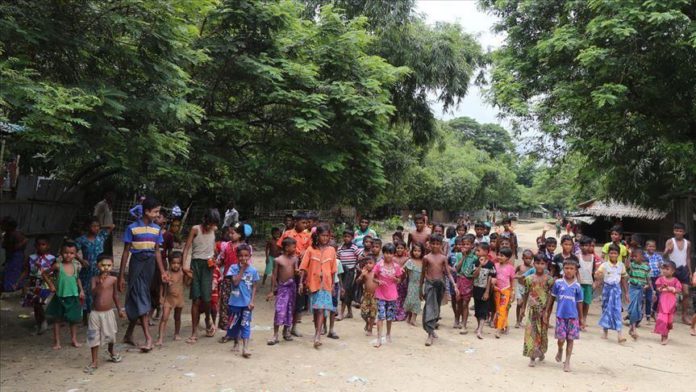 Rights groups have urged the global community to take a strong stance for the protection of human rights in Bangladesh, which the government strongly opposes.

Rights groups alleged that the government consistently targeted dissidents with the Digital Security Act-2018, the Special Powers Act-1974, and other draconian laws, and that security forces commit enforced disappearances, extrajudicial killings, and torture with impunity.

Seven human rights groups, including the Human Rights Watch, made allegations in a statement on Thursday, marking the International Human Rights Day.

It read Bangladesh grappled with the impact of COVID-19, while the ruling Awami League has used the pandemic to tighten the screws on critics and the free press, further entrenching the authoritarian rule.

The groups expressed support for a bipartisan letter from the US calling for sanctions on senior commanders of Bangladesh’s Rapid Action Battalion, an anti-terror paramilitary force notorious for committing grave abuses.

The imposition of sanctions would be a landmark step towards ending the culture of impunity for abuses by security forces in Bangladesh and would serve to deter future human rights violations. Other countries with similar sanctions regimes, including the UK, Canada, and the EU, should also explore pursuing such sanctions, said the groups.

The COVID-19 pandemic shed light on vast inequalities and corruption in access to health care in Bangladesh, the statement noted.

It also said that some prominent journalists such as Abul Asad, Ruhul Amin Gazi, Shafiqul, and Islam Kajol, as well as cartoonist Ahmed Kishore, and writer Mushtaq Ahmed remain in detention, despite calls from the UN.

The international community should take a clear stance to ensure accountability of institutions and security forces, an independent judiciary, and free press in Bangladesh, the organizations said.

Law Minister of Bangladesh Anisul Huq said: “Their [rights groups] statement on digital security act is nothing but imagination. We haven’t enacted it to suppress freedom of speech or freedom of press, we have the regulation [digital security act] in place to combat cybercrime, and crimes happen through social media platforms.

“So, the purpose of the digital security act is entirely different [as described by the rights groups] and we have not used it as a weapon of repression on freedom of speech,” the minister told Anadolu Agency.

In response to the allegation of extra judicial killings, he claimed that such allegation is baseless.

“I don’t believe such things [extra judicial killings] happen in Bangladesh. If any incident of death takes place in any legal drive of police or any other law agencies against criminals, we have legal proceedings and we take immediate legal action,” he continued.

“The saying [extra judicial killings], which I don’t admit, even in their versions [of] rights groups, has significantly been declined,” the law minister added.

“There is space prevailing to criticize the government, including in the media, in Bangladesh even if it [criticism] goes against the government. We do appreciate any criticism, and if the criticism has its base we accept those,” he further described, claiming the environment in the country is democratic and media friendly.

The rights groups also criticized the government move to relocate Rohingya refugees, who are currently taking shelter in Bangladesh’s southern district of Cox’s Bazar in face of military crackdown carried out by Myanmar.

Bangladesh Foreign Ministry, however, repeatedly claimed the relocation is safe and refugees are being taken voluntarily to ease the huge pressure on the congested camps in Cox’s Bazar.