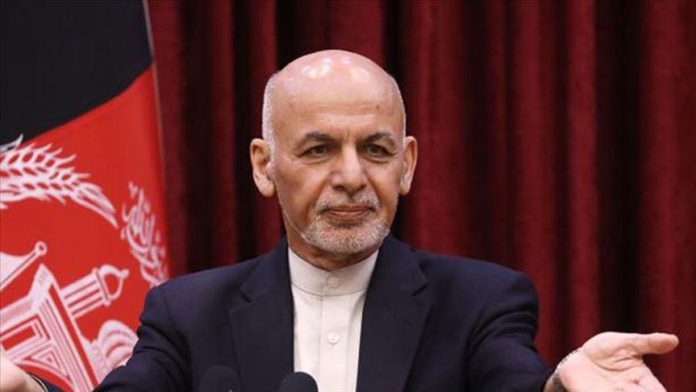 The Afghan president on Sunday gave approval to continue with the second round of peace talks with the Taliban in Doha, Qatar after initially demanding to change the venue.

Waheed Omar, a spokesperson for Ashraf Ghani, said the president agreed to continue the negotiations, which are scheduled to begin on Jan. 5, on the request and advice of government representatives, the High Council of National Reconciliation and international partners. But, he added, “The state’s insistence that future rounds be hosted in Afghanistan remains.”

Ghani had earlier backed the idea floated by his National Security Adviser Hamdullah Mohib to host the intra-Afghan dialogue in Afghanistan. “Peace talks within Afghanistan will help create a credible exclusive security zone, and enable the Afghan people to own and oversee peace and negotiations. Negotiators will be better aware of the grievances and demands of their countrymen and will avoid additional costs in the process,” Muhib had said in a series of tweets.

Talks to end the 19-year-long conflict began in the Gulf state in September after a landmark peace deal between the US and the Taliban in February that calls for the withdrawal of all foreign troops from the war-torn country.

On Dec. 2, however, the two sides, after exchanging preliminary lists of agenda items for the negotiations, took a break until the first week of January. Despite the peace talks, violence has risen, with a recent uptick in attacks on journalists, activists, as well as Afghan officials.

Meanwhile, reiterating its commitment for lasting peace and stability in Afghanistan, Pakistan expressed concern over “negative comments” from Afghan officials.

In a statement, the Foreign Ministry said all issues should be addressed through bilateral forums. “We wish to highlight that public blame game is detrimental to the Afghan peace process as well as our shared efforts for enhancing bilateral cooperation.”

On Dec. 26, Kabul criticized “the presence of Taliban leaders in Pakistan,” dubbing it as a “clear violation of Afghanistan’s national sovereignty.”

He, along with a delegation, recently visited Pakistan to meet top officials in an attempt to push forward the stalled peace process.

*Waleed Tariq contributed to this report

Turkey: Export of fishery products up 17% in February

Afghanistan rules out any changes in peace committee

US says improving its democracy a foreign policy must