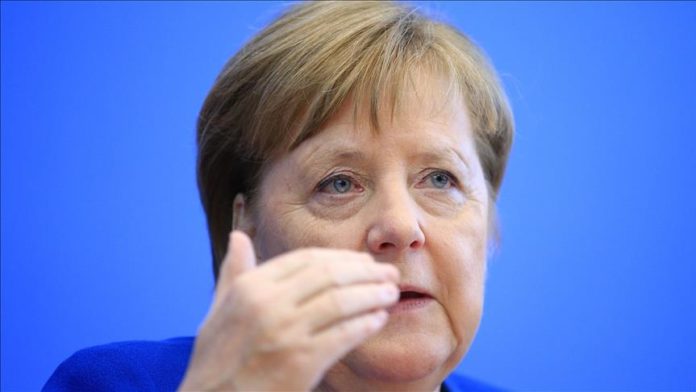 German Chancellor Angela Merkel on Thursday called for tighter spyware exports restrictions in the wake of revelations about the use of Israeli-made spy software against politicians, human rights activists, and reporters.

“It is important that software configured for special situations should not land in the wrong hands, meaning there should be very restrictive conditions,” Merkel told reporters in Berlin.

“In countries where judicial oversight of such programs may not be guaranteed, they should not sell such software either,” she added.

Speaking of an “unprecedented surveillance scandal,” Frank Ueberall, the chairman of the Berlin-based German Federation of Journalists (DJV), said in a statement that authorities would have to clarify if the notorious Pegasus software from Israeli firm NSO has also been used on German journalists.

NSO, accused of supplying spyware to governments, has been linked to a list of tens of thousands of smartphone numbers, including those of activists, journalists, business executives, and politicians around the world.

The NSO Group and its Pegasus malware – capable of switching on a phone’s camera or microphone, and harvesting its data – have been in the headlines since 2016, when researchers accused it of helping spy on a dissident in the United Arab Emirates.

Monique Hofmann, the chairwoman of the German Union of Journalists, called for restrictions on exports of surveillance technology.

“Authoritarian states use Pegasus to silence critical and opposition voices. Spy software must not be supplied to countries in which human rights are repeatedly violated,” she said.

Working with new data from the journalism nonprofit Forbidden Stories and Amnesty International, the Organized Crime and Corruption Reporting Project and media partners around the world worked to uncover who might have fallen victim to Pegasus, and tell their stories.

NSO claims the software was “only sold to law enforcement agencies and secret services of audited governments with the sole aim of saving human lives by preventing crimes and acts of terrorism.”