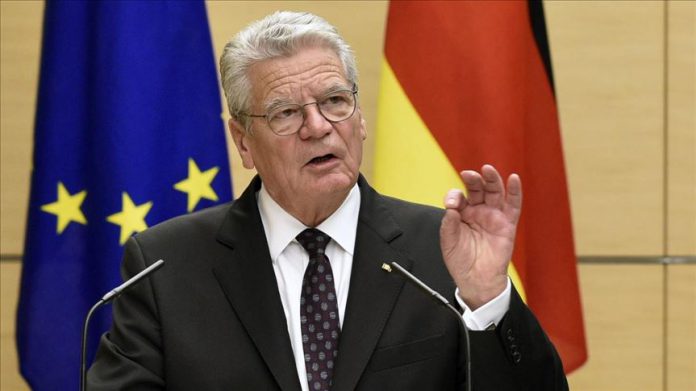 Germany’s former president Joachim Gauck called for closer cooperation between the EU and Turkey to address common challenges, including the refugee crisis.

“In Europe, we are in a difficult position, and we require certain support from [Turkish President Recep Tayyip] Erdogan,” Gauck told German press agency DPA ahead of Chancellor Angela Merkel’s visit to Istanbul on Friday.

Gauck, who served as Germany’s president from 2012 to 2017, voiced support for the 2016 EU-Turkey refugee agreement, and backed further financial support for Syrian refugees hosted by Turkey.

“If one meets Turkey’s expectations for financial support in this field, that would