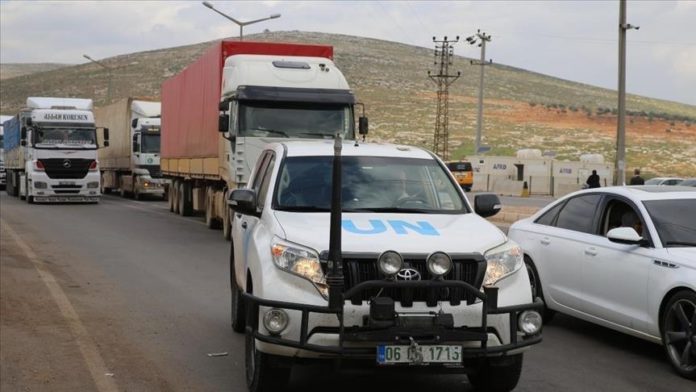 Germany warned Russia on Thursday not to hinder UN emergency aid from crossing in from Turkey to millions of refugees in northern Syria.

“The threat to block an extension of the border opening into northern Syria for humanitarian aid is unacceptable. Cross-border aid supply is vital for these women, men, and children,” he said.

He warned that closing the border crossing near Idlib, Turkey “would be disastrous in a situation where COVID-19 is raging in Syria” and the humanitarian situation there is worsening.

“Instead of closing the only remaining border crossing, we need at least two crossings,” he added.

Trucks carrying relief goods from Turkey to the Syrian opposition-controlled territory go through the Bab al-Hawa crossing every day. But if the UN Security Council fails to agree on an extension of the border opening, the life-saving shipments could end this Saturday.

Sergey Lavrov, Russia’s foreign minister, had indicated in a letter to UN Secretary-General Antonio Guterres that his country would veto it.

From Moscow’s point of view, UN cross-border aid undermines the sovereignty of the Assad regime, which Russia supports.

Russia has used its veto power in the Security Council to prevent extensions of three other such aid crossings.

An estimated 3.5 to 4 million civilians currently live in northwest Syria.

The UN estimates that more than 70% of the region’s population depends on lifesaving assistance including food, water, and medical supplies as well as pandemic-related assistance.

One thousand trucks cross into Syria from Turkey through Bab al-Hawa each month, providing food baskets to 1.4 million civilians as well as water, medical assistance, and education supplies among other items.

Vivid memories of tribesman who fought in Kashmir