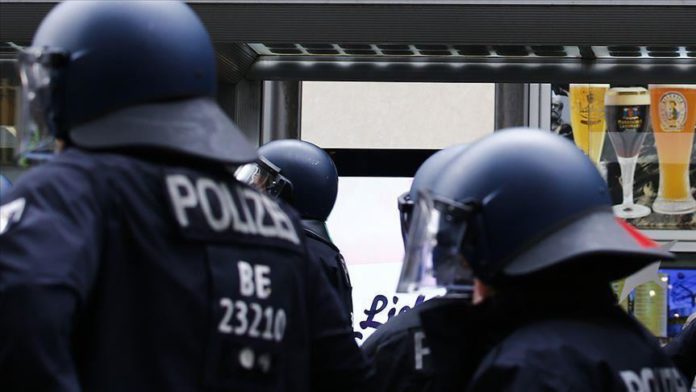 The video shot in Hamburg shows eight police officers manhandling the 15-year-old boy for using his scooter on the sidewalk.

According to eyewitnesses, police asked the teenager to show his identity card, which he was not carrying at the moment.

The officers forced him to go to the police station but he resisted.

The video shows the officers tugging at his arms, while one threw an arm around his neck.

The last worlds of George Floyd, a 46-year-old African American man who died on May 25 after a police officer knelt on his neck, were written on the wall where the video was shot.

Hamburg Police said in a statement that the boy was asked many times not to use the sidewalk, but he did not listen.

The statement added the boy was strong and so the officers had difficulty controlling him.

Earlier in August, two videos showing German police officers placing their knee on people’s neck, including a Turkish and a Moroccan, went viral on social media, causing outrage throughout the country.