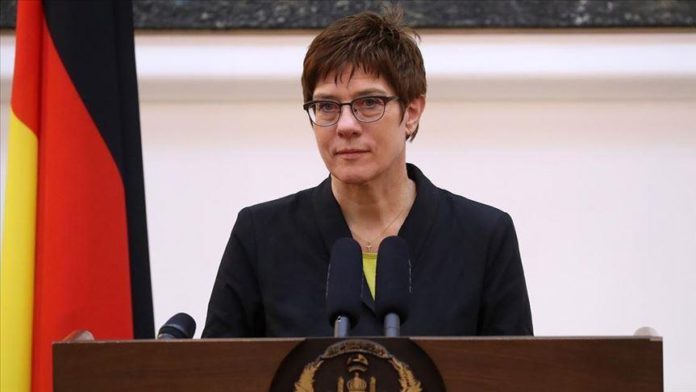 The German defense minister called for a “serious dialogue” with Russia amid worsening relations between the world power and the European Union.

Speaking at the Berlin-based German Council on Foreign Relations Monday evening, Annegret Kramp-Karrenbauer stressed her country was “ready to enter into a serious dialogue with Russia at all times,” provided Moscow would also be “really serious” about it.

“I think we have proven our seriousness and now it is up to the other (Russia) side to also do it, if it wants to,” the minister added.

Kramp-Karrenbauer, who accused Russia of “wanting to restore its old power,” also said such a dialogue should not be “merely a show event” by Moscow.

Merkel and French President Emmanuel Macron introduced the summit idea during an EU meeting in Brussels last month, but it was rejected by Eastern European leaders.

They argued such a meeting would actually reward Putin for recent aggressive Russian behavior such as cyberattacks, dissident killings or the deployment of troops on the border with Ukraine.

Merkel has referred to last month’s one-on-one meeting between Putin and US President Joe Biden as one way of actually resolving some of the issues.

“The relationship between Russia and the European Union is really not good at the moment, but even during the Cold War, people talked to each other. So, I think silence is not conducive to solving the problems,” the German leader said.