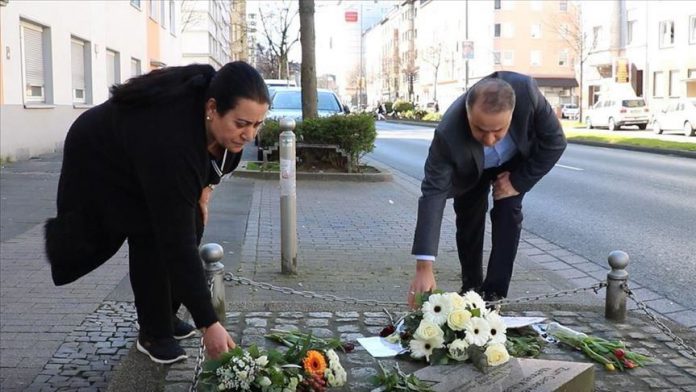 Mehmet Kubasik was remembered here Saturday, 14 years after he was killed by a neo-Nazi terror group.

A small group left flowers at a memorial in Mallinckrodt, where he used to run a small bookstore.

Chief Consul of Essen, Sener Cebeci, said a small group participated in the event although there are measures to stem the spread of the coronavirus.

“By organizing a symbolic ceremony on the anniversary of the incident, we wanted to demonstrate our respect to his memory,” Cebeci said

Kubaski’s wife, Elif, said she felt better that locations in Dortmund were named after her late

Death toll from Tuesday quake rises to 39 in Albania