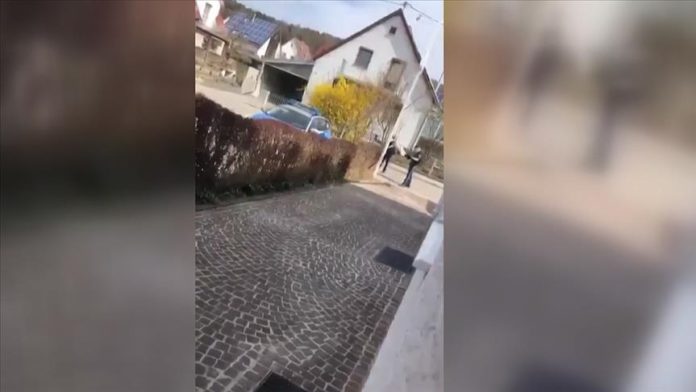 Video of the incident on Thursday shows an individual identified as H.T., 63, throwing a toy truck toward police.

The police fired at a Turkish national who suffered from Alzheimer’s disease, and even he said he is Turkish.

“Our citizen is now in the hospital,” Kulunk wrote. “I hope the German authorities will do what is necessary,” he added.

Police confirmed the incident, saying a person was seriously injured when police shot a gun in Krumbach.

According to a statement, the 63-year-old man who was on someone’s property, did not cooperate with police despite being warned.

He became more aggressive and threatened the patrol team and attacked with a sharp object in his hand, it said.

Tear gas and warning shots did not work, according to the statement, that said the individual was shot by police and was seriously injured.

He was taken to the hospital and his injury is not life-threatening, it added.

An investigation was launched into the incident.