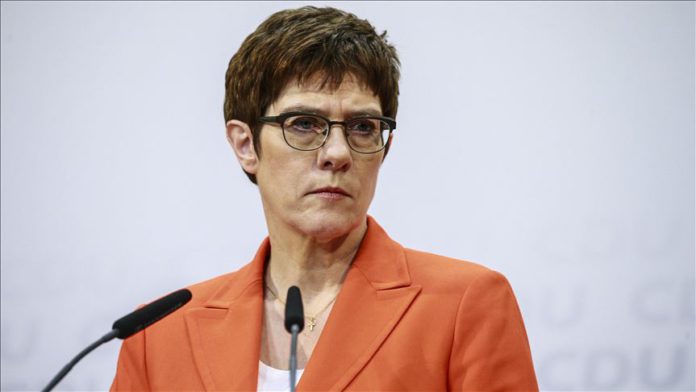 Germany’s defense minister has called on the country’s elite KSK special forces to engage constructively in reform efforts amid growing concerns over a series of right-wing extremist incidents.

Speaking at a news conference in the capital Berlin earlier in the week, Annegret Kramp-Karrenbauer said the planned revamping of the KSK elite army unit should not be understood as punishment, but as “probation.”

Kramp-Karrenbauer warned of a “toxic leadership culture” within the KSK anti-terror troops, noting on Monday that the dissolution of the unit and formation of a new special force were on the table, should reform efforts fail to yield results by Oct. 31.

As part of Kramp-Karrenbauer’s reform plans, KSK operations will be transferred to other units as possible and the elite troopers will not participate for the time being in international military exercises and missions.

Faced with growing criticism over right-wing extremism among the KSK’s ranks, Kramp-Karrenbauer created a taskforce to grapple with the problem that had repeatedly made headlines with far-right extremist incidents since 2017.

In April 2017, soldiers at a farewell party for a KSK commander allegedly threw pig heads, played neo-Nazi rock music and made the Nazi salute, which is outlawed in Germany.

In May, police unearthed a weapons stash on the property of a KSK soldier in the East German state of Saxony, finding explosives and ammunition.

According to MAD, there are more than 500 suspected far-right extremists in the German army.

Scores of cases of right-wing extremism in Germany’s military and security establishment have been uncovered in recent years, as the ruling coalition government faces difficulty to stem mounting right-wing extremist threats and violence.

Russia accuses US of preparing annexation of Palestine