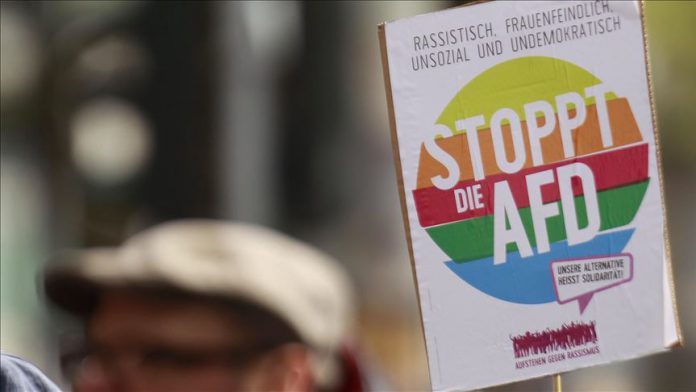 Thousands took to the streets of the north-central German city of Braunschweig on Saturday to protest against two-day congress of the far-right Islamophobic Alternative for Germany (AfD) party, according to the DPA news agency.

More than 15,000 people have demonstrated against the AfD party congress, said a spokesman for the organizing team, adding that there were no reports of any incidents during the protests.

Shortly before the beginning of the AfD congress, protesters blocked important access roads leading to the venue of the party meeting, a police spokesman said. There were no immediate reports of any arrests.