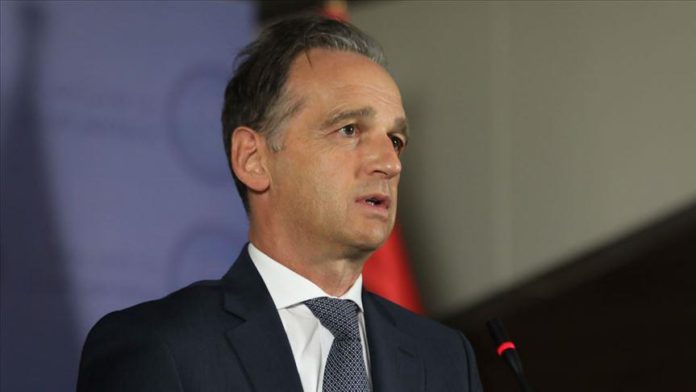 German foreign minister on Friday said a post-Brexit trade deal with the UK is still possible and the EU will continue to negotiate as long as window is open.

“We believe that an agreement is difficult but it is still possible and that’s the European Union will continue to negotiate as long as the window might even tiny or slightly ajar for a solution,” said Heiko Maas in a joint news conference with his Irish counterpart Simon Coveney in Berlin.

“We want to make agreement that makes sense, that is in the interest of the citizens of the European Union, but also in the interests of the British people. And I think that it is possible,” said Maas, adding the bloc have also made preparations for no-deal scenario.

“Should the negotiations failed, Great Britain and the EU will continue to be partners and friends. And it will be our responsibility to make sure that should that eventuality arise, this point is being impressed upon people quite clearly,” said Maas.

For his part, Coveney said, his country is the most effected from Brexit along with the UK itself.

“We do, though, still believe it’s possible to get a deal on a future relationship, a trade agreement,” said Coveney.

“We believe it’s possible to do that in a way that protects EU’s interests, the integrity of our single markets, ensuring that we have free but also fair trade and competition in the future. And at the end also respecting Britain’s insistence on being treated as an independent, sovereign country outside of the European Union. Both can be achieved,” he added.

Top Irish diplomat also said, the EU and the UK should find a middle ground for fishing issue “that can allow both move forward.”

Johnson said that leaving without an agreement would be “wonderful for the UK and we’d be able to do exactly what we want” from January.

“It obviously would be different from what we’d set out to achieve but I have no doubt this country can get ready and, as I say, come out on World Trade terms,” he said.

Johnson and EU Commission President Ursula von der Leyen have agreed to continue negotiations on a post-Brexit trade deal until Sunday, in a dinner meeting between the two leaders in Brussels on Wednesday evening, which was seen as a last-ditch effort to secure a deal.

The trade deal needs to be finalized and ratified should it be agreed upon before the transition period ends on Dec.31 to avoid chaos for businesses.

The UK left the EU at the end of January, but a transition period to allow the parties to work on a trade deal kicked in until the end of the year.