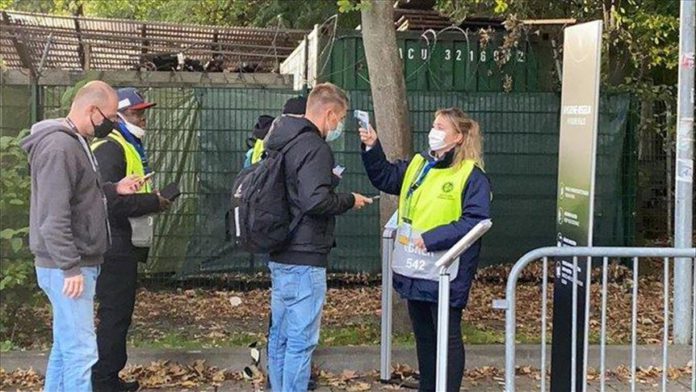 Germany on Friday reported 7,334 new coronavirus infections, the highest one-day count since the start of the outbreak.

According to the figures released by the Robert Koch Institute, the country set a new record in daily cases for the second time within one week.

During the first peak in March, Germany’s highest daily COVID-19 cases was 6,294, according to the official figures.

Despite a surge in the daily tally of new cases this week, Germany’s deaths in a single day remain relatively low.

Local health authorities reported 24 new fatalities over the past 24 hours, bringing the country’s total death toll from the outbreak to 9,734.

The surge in new cases was partly attributed to widespread testing, which makes it possible to identify mild cases and asymptomatic infections.

Despite the rapid increase in new cases, those hospitalized due to COVID-19 and those admitted to intensive care units remained relatively stable.

As of Thursday, 655 COVID-19 patients were receiving treatment in intensive care units, and 329 were on ventilators.

More than 8,700 intensive care beds remained free in Germany, according to the institution.