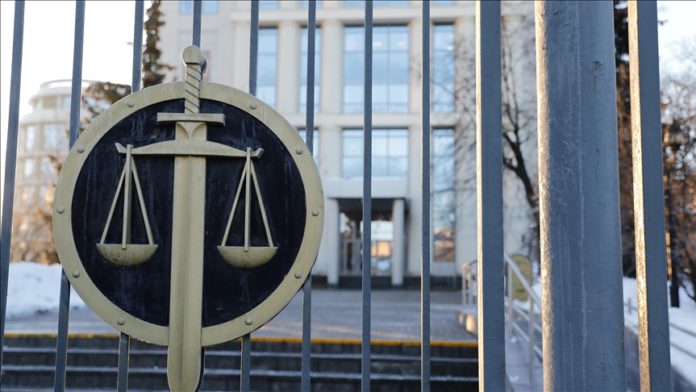 German Chancellor Angela Merkel called late Tuesday for the “immediate” release of Russian opposition politician Alexey Navalny, who was sentenced to a total of three and a half years in prison.

“The verdict against Alexey #Nawalny is far from any rule of law. @Navalny needs to be released immediately. The violence against peaceful demonstrators must stop,” her spokesperson Steffen Seibert wrote on Twitter.

But the court turned his suspended sentence in a 2014 criminal case into a full custodial sentence, handing Navalny a three-and-a-half-year prison term minus nearly a year he spent under house arrest from Feb. 28 to Dec. 30 in 2014.

Navalny pleaded not guilty and demanded his immediate release. His lawyers, Vadim Kobzev and Olga Mikhaylova, said they would appeal the conviction.

In 2014, Navalny was convicted of fraud and embezzlement, but his sentence was suspended and replaced with six years of probation. He was obliged to report to the police twice a month.

However, after his alleged poisoning with a nerve agent last year, the condition to appear before the police was put on hold for the duration of his treatment in Germany.​​​​​​​

Since he was discharged, the relaxation ended in September 2020. But according to the Russian Federal Penitentiary Service, he did not provide any objective reasoning for his non-appearance and was thus put on a wanted list.

Upon his return to Russia on Jan. 17, Navalny was arrested at the airport, which triggered mass protests throughout Russia. According to rights activists, over 5,000 people were detained on Jan. 31.