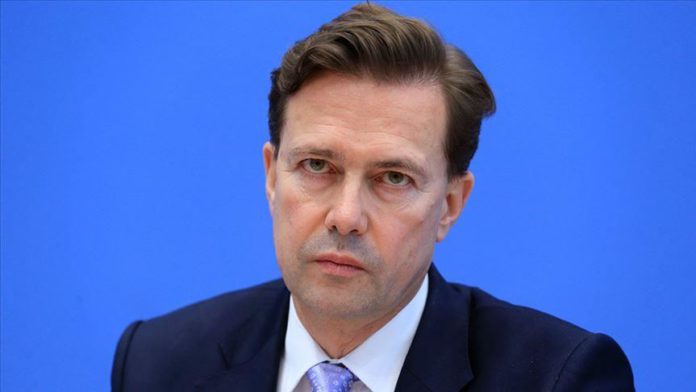 The German government supports those protesting against the results of the Aug. 9 presidential election in Belarus, a spokesperson said on Monday.

Steffen Seibert, chancellor Angela Merkel’s spokesman, told a press conference that there were convincing reports of police detaining “peaceful protestors” in Belarus, during what he called “impressive protests” over the weekend.

He hailed the protestors’ courage despite pressure from President Alexander Lukashenko, and called on him to “recognize the reality in the country.”

There needs to be an open dialogue between the government, opposition and the society in Belarus, Seibert added.

The landlocked country in Eastern Europe has been gripped by mass protests since the poll, which the opposition says was rigged.

Lukashenko, who has ruled Belarus since 1994, was declared winner in the presidential vote.

Opposition leader Svetlana Tikhanovskaya left the republic after losing to the veteran leader.

Meanwhile, Lukashenko has said that constitutional amendments currently being drafted by experts will be shared with the public for an open debate.

He called on the protesters to take part in the discussion, instead of rallying on the streets.

Although opposition leaders demand changes, they do not specify what needs to be changed, he added.