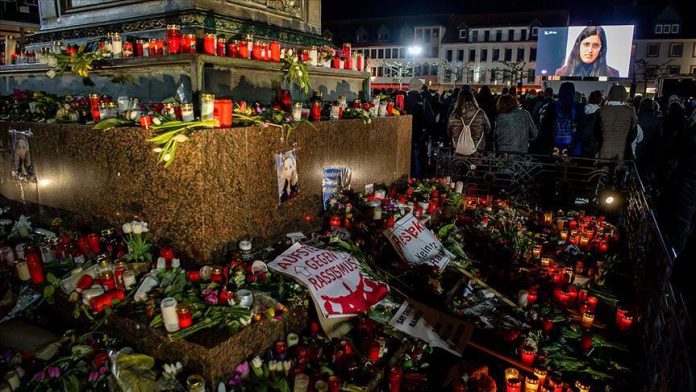 Germany remembered nine people killed Feb. 19 by a far-right extremist in the small western German city of Hanau on Wednesday.

“We are called upon to stand together against hatred and abuse, against terrorism and violence,” Steinmeier told the gathering.

“Yes, there is racism in our country – and it didn’t start just a few weeks ago. Yes, there is widespread Islamophobia,” he said, adding that people with dark skin or wearing a headscarf

'Felt like my bones will crack,' says COVID-19 survivor