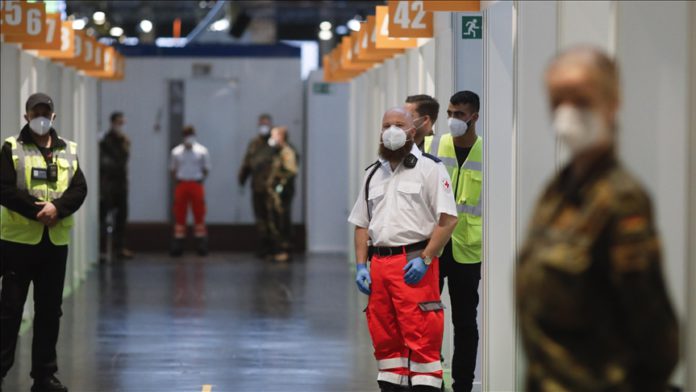 Germany on Wednesday reported 1,129 deaths from the novel coronavirus, the highest daily toll since the beginning of the pandemic.

The country also registered 22,459 new infections over the past 24 hours, up from 12,892 on Tuesday, according to the country’s disease control agency.

The Robert Koch Institute (RKI) warned about the high levels of transmission, but added that the latest figures should be interpreted with caution due to delayed reporting over the Christmas period.

The nationwide lockdown, which began on Dec. 16, has helped to prevent an exponential growth in new infections, but the seven-day average remained above 18,000 a day.

The RKI noted that new infections among the elderly have increased in recent weeks, and led to a rise in the number of serious cases and deaths.

Germany has the fifth-highest tally of coronavirus infections in Europe, behind France, the UK, Italy, and Spain.

The national total now stands at over 1.68 million, and at least 32,107 related deaths.

Japan’s foreign arrivals down by almost 100%