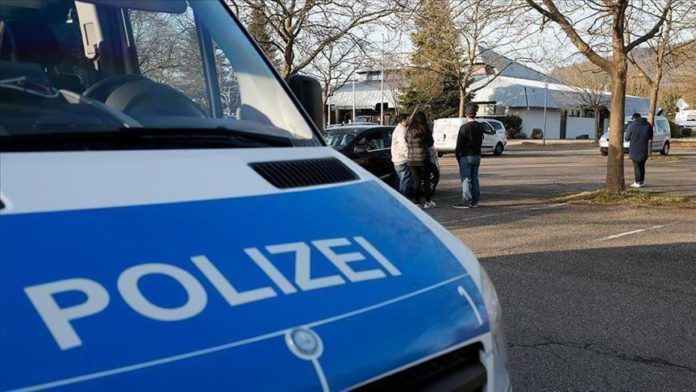 For over past two years, German officials in the southwest city of Frankfurt are investigating a data breach in police computers, which was allegedly shared with far-right activists or neo-Nazis.

The result was that prominent women politicians, artists, lawyers and journalists started getting threatening emails.

Officials have been pointing a needle of suspicion on an insider, a public servant who may have passed the sensitive information to the activists of the National Socialist Underground (NSU), the neo-Nazi terror cell, responsible for racially motivated murders.

Since 2018 several such cases are leading suspicion to the doors of Frankfurt police.

Six police officers in the country are under investigation, for their suspected involvement in sending threatening letters. One of them was arrested temporarily in 2019. Five of them have been suspended from the service.

But even after 18-month long investigation judicial authorities are yet to charge them.

Analysts believe that the mere fact that German police could be linked to a neo-Nazi or far-right right network has become a major embarrassment for the German government.

Chancellor Angela Merkel government has of late stepped up its campaign to curb activities of fight right groups and extricate moles within the government, especially from the security establishment.

The Der Spiegel, one of the most read German-language weekly, had documented at least 400 incidents of racist or anti-Semitic activities in recent years involving police officers or trainees.

In 2018, a Frankfurt-based lawyer Seda Basay-Yildiz reported having received death threats from e-mail. The sender had even threatened to kill her two-year-old daughter.

The lawyer had represented the families of victims of racial violence as a joint plaintiff.

To this day, it is still unknown who is behind the threatening letter. But the investigations have found that the leads are stopping at the doors of the police force in the southwestern German province of Hesse, as the data was protected and could have been accessed only in the city’s First Precinct Police Station, according to local media reports.

In another such case of threatening letters was received by the left-wing politician Janine Wissler and comedian Idil Baydar as well. Their personal data had also been accessed from police computers.

According to a German daily newspaper the Frankfurter Rundschau, Wissler’s data was accessed in the Third Precinct Police Station in the southwestern city of Wiesbaden, 40-kilometers (24.8 miles) away from Frankfurt.

In July 2020, the public prosecutor confirmed that Wissler’s data had been accessed and stolen from a computer belonging to the police force of the Hesse province.

It has further compounded fears that the far-right moles may have infiltrated into Hessen police ranks.

After new cases surfaced, Peter Beuth, interior minister of Hesse province on July 16, admitted the existence of such a network.

German-Turkish comedian Baydar was subjected to massive abuse and threats – including via SMS – from right-wing extremists for months – since March 2019.

The Frankfurt public prosecutor announced said that her data had also been accessed from a computer owned by Hesse police.

Even the leader of opposition in the Hesse provincial parliament Janine Wissler belonging to The Left, her party colleague in Berlin Anne Helm, deputy leader of the party in the German state of Thuringia, Martina Renner and German MP Helin Evrin Sommer has also received threats.

Wissler was the first within the radical leftist party to receive such threatening emails in February 2020.

According to the public broadcasting corporation of Hesse province Hessischer Rundfunk, these leaders received threatening letters once again in July.

In the mail, the sender sought the death of four women. The style was similar to the previous letters, leading to the conclusion that they were written by the same person.

But the public prosecutor said it was not possible to attribute these letters to a single person based on content and language.

The tracing of the anonymous authors of these letters is proving to full of complications.

“It is a very difficult investigative work, and we are making very poor progress,” said Hessischer Rundfunk while quoting Andreas Gruen, head of the police union in Hesse.

He further said that there was no evidence so far about the presence of right-wing moles within the police ranks. He, however, said there were suspected cases, but they have not found yet any interactive link or network. The unearthing of the network heavily relies on the investigative capabilities of police in the state of Hesse.

The Hessen Interior Minister Peter Beuth had previously entrusted the investigation to Hansepeter Mener, director of the criminal investigation department. He was appointed as a special investigator to launch a thorough probe.

The Frankfurt-based lawyer Basay-Yildiz, who was also threatened in 2018, sharply criticized Beuth’s measures.

Quoting Basay-Yildiz, broadcasting network Hessischer Rundfunk reported that she has received the appointment of the special investigator with mixed feelings although she hoped the perpetrators will be nailed down.

She further said the impression has gone out that an investigator was appointed because now a politician Wissler got threatening emails.

“This makes you feel like a second-class person,” she added.

US initiates countdown to restore UN sanctions on Iran