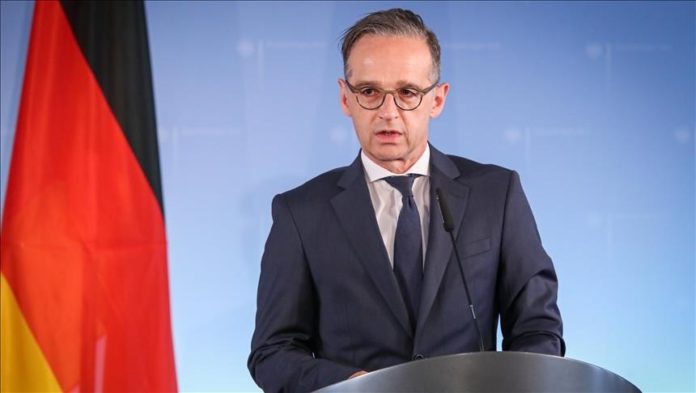 German foreign minister Monday spoke out against the withdrawal of German soldiers from Mali in the wake of the latest suicide attack in the West African country, according to local media reports.

“We have to realize that the region threatens to become a hub of international terrorism,” Heiko Maas said on the sidelines of a meeting of the international anti-ISIS-Daesh coalition in Rome.

“That is why it is necessary to continue to get involved with other partners over there (Mali). We are now talking about this within the European Union and, above all, with France,” he added.

A suicide bomber had attacked a UN patrol with a car bomb on Friday morning northeast of the Malian city of Gao. At least 13 UN soldiers, including 12 Germans and one Belgian, were injured.

According to the UN, the German soldiers were escorting the convoy of a Malian battalion.

In addition to the UN mission to stabilize the country, the German army is also involved in a European Union training mission in Mali.

“We will have to bring all these missions together and coordinate them even better in the next few years,” said Merkel in Berlin during a virtual meeting of the Franco-German Parliamentary Assembly.

In some cases this has already been achieved but problems remain, she pointed out.

Merkel vowed to keep up the military and security cooperation with France in Mali.

“We are ready to continue to support France, which is doing a very, very, very large part here,” she added, while warning that terrorism was on the rise in the war-stricken country.

French soldiers were reportedly injured in an attack in Mali earlier last week.

France is active in the Sahel zone with around 5,100 troops and is fighting against terrorist groups, some of which have sworn allegiance to ISIS/Daesh or al-Qaeda.

French President Emmanuel Macron recently announced a fundamental realignment of the French military presence in the vast area and an end to the military operation “Barkhane”.