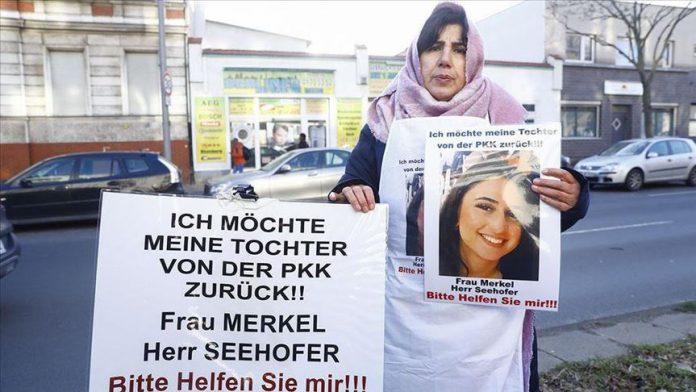 A mother of a 20-year-old girl started Saturday a lone protest in Berlin to reunite with her daughter allegedly kidnapped by the PKK terrorist organization.

She claims her daughter, Nilufer T., who went missing on Nov. 12 last year, was “tricked” by the terror group.

“Unfortunately, young people are being deceived here and taken to other European countries,” she said, adding that her daughter used to visit the association after her classes for “folk activities.”