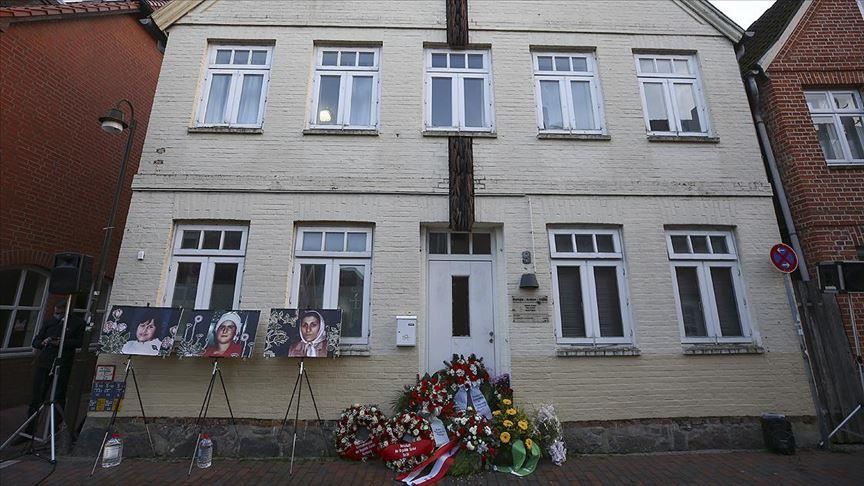 Germany on Monday marked the 28th anniversary of a racist firebomb attack in Moelln, a town in the country’s north, as Turkish community leaders called for stronger action against the far-right threat.

Cebel Kucukkaraca, chairman of the Turkish Community in the northernmost state of Schleswig-Holstein, said racism and xenophobia remain as Germany’s most serious problems nearly three decades after the deadly arson attack targeting immigrants.

“We are deeply concerned that despite all the efforts to address discrimination and intolerance, right-wing, racist and anti-Semitic violence has not declined, rather it continues as it has been before,” he said.

Local politicians, community leaders, and family members on Monday gathered in front of a local house which was firebombed by neo-Nazis and laid flowers in tribute to the attack victims.

Turkish citizens Bahide Arslan and her two granddaughters Yeliz Arslan and Ayse Yilmaz were killed on Nov. 23, 1992 when firebombs were thrown into their home by neo-Nazis. Nine others were also injured in the attack, which was followed by dozens of similar attacks in the 1990s.

Since 1989, at least 184 people have been killed in Germany by neo-Nazi terror. More than 50 of the victims were members of the Turkish community.