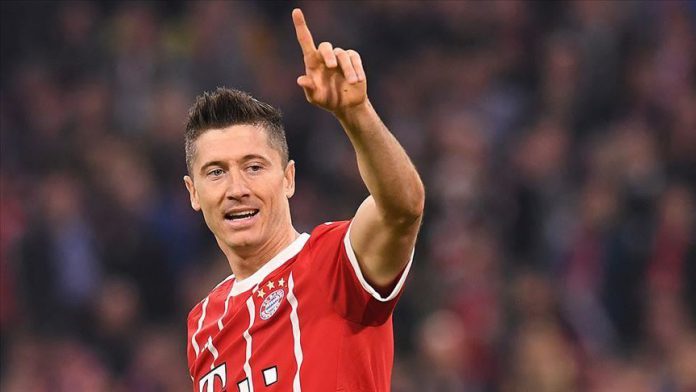 Bayern Munich’s forward Robert Lewandowski was voted Sunday the best player in the first half of 2019-2020 season by his fellow Bundesliga players.

A total of 239 Bundesliga players participated in the survey conducted by Germany’s sports magazine Kicker.

Lewandowski received 44.7 percent of the votes to top the best player category.

He was followed by RB Leipzig’s Timo Werner with 14.6 percent and Jadon Sancho of Borussia Dortmund with 6.7 percent.