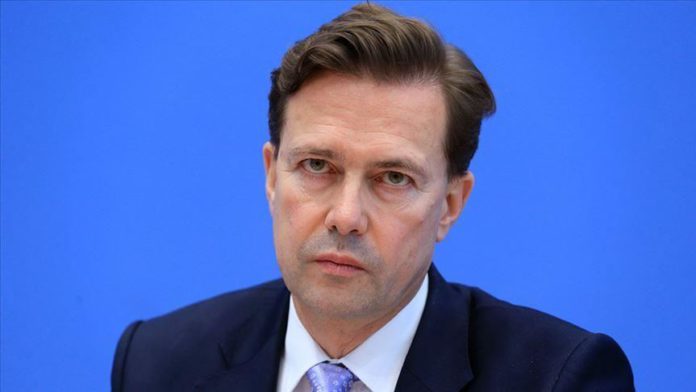 Germany Friday welcomed the controversial deal between Israel and the United Arab Emirates to normalize relations, saying it could pave the way for a two-state solution between Israelis and Palestinians.

“We hope that this agreement would also open once again the way for a negotiated two-state solution. This is what we support,” government spokesman Steffen Seibert told a regular news briefing.

“Only such an agreement can bring permanent peace to the Middle East,” he added.

Foreign Minister Heiko Maas echoed Seibert’s remarks, saying in a statement: “We hope this agreement will be the starting point for further positive developments in the region and that it will also give the Middle East peace process new impetus. We stand by our position that only a negotiated two-state solution can bring lasting peace in the Middle East.”

He added: “Together with our partners in Europe and the region, we have campaigned intensively in recent months against annexation and for the resumption of direct negotiations. We are also ready to actively support such a process.”

On Thursday, after years of secret contacts between the former enemies, the UAE became the first Gulf Arab country to reach a deal on normalizing relations with Israel.

The agreement also secured an Israeli commitment to suspend but not halt further annexation of Palestinian land in the occupied West Bank, with annexation still “on the table,” according to Netanyahu.

While the deal was welcomed by some countries, it triggered anger and outrage in most Muslim countries.

“With the deal, the UAE seeks instability in the region and betrays the Palestinian cause for its own interests,” Turkish Foreign Minister Mevlut Cavusoglu said Friday.