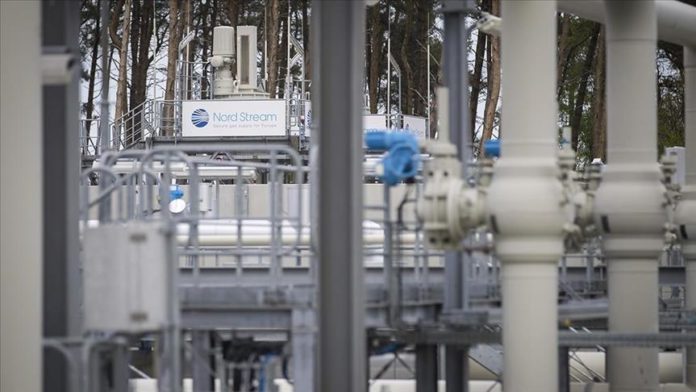 Speaking at a news conference in Berlin, Chancellor Olaf Scholz said Russia’s recognition of two breakaway regions in eastern Ukraine as independent states is a clear violation of international law.

“The situation has fundamentally changed, we need to make a reassessment, also with regard to Nord Stream 2,” he told reporters, adding that they have taken administrative steps today to halt the approval process.

“There can be no certification of this pipeline now, and without this certification the Nord Stream 2 cannot begin operating. The division at the Federal Ministry of Economics responsible for this matter will make a reassessment about our gas supply security, in consideration of what has changed in recent days,” he said.

The controversial project, which was designed to carry Russian gas directly to Germany, was long criticized by the US administration and Eastern European countries.

Russian President Vladimir Putin announced the recognition of Luhansk and Donetsk in a speech on Monday that also attacked Ukraine’s government and the US, and accused the West of ignoring Moscow’s core security concerns.

Later, he ordered the deployment of troops to “maintain peace” in the breakaway regions.