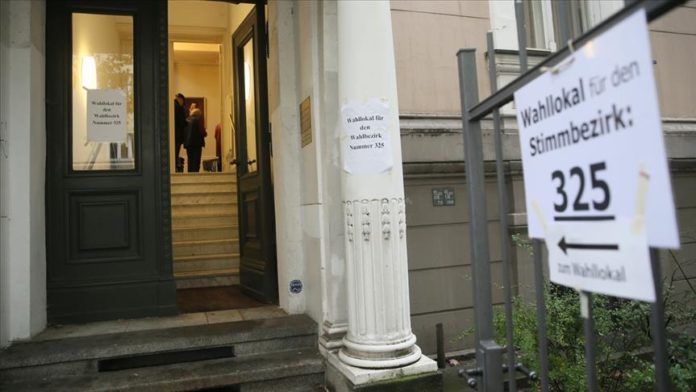 German voters are electing new regional parliaments for the southwestern states of Rhineland-Palatinate and Baden-Wuerttemberg on Sunday in a key vote widely seen as a test for September’s national election.

According to a recent opinion poll by public broadcaster ZDF, the environmentalist Green party maintains its top place at 34%, 10 point ahead of Merkel’s conservative CDU in Baden-Wuerttemberg.

The Christian Democrats are expected to receive their worst result in over half a century in this federal state, down from 27% they scored in the last elections in 2016.

In Rhineland-Palatinate, opinion polls showed that the Social Democratic Party (SPD) is on course to win around 33% of the votes, ahead of its main rival the Christian Democrats.

The ZDF’s poll put the CDU at 29%, nearly three points down from the last elections in this federal state in 2016.

The Greens are expected to get nearly 10% of the votes in Rhineland-Palatinate, almost doubling their result from the last state election.

Sunday’s polls will be the first big political test for the CDU’s new leader Armin Laschet, a potential successor to Merkel, ahead of general elections in September.

Laschet was elected as the party leader in January, however the CDU and its Bavarian sister party Christian Social Union (CSU) have not yet named their joint chancellor candidate.

Chancellor Merkel had stepped down as party leader in 2018 and repeatedly said she is planning to leave politics in 2021 after completing her current term.

Number of Russian soldiers killed in war soars to 28,500, Ukraine...