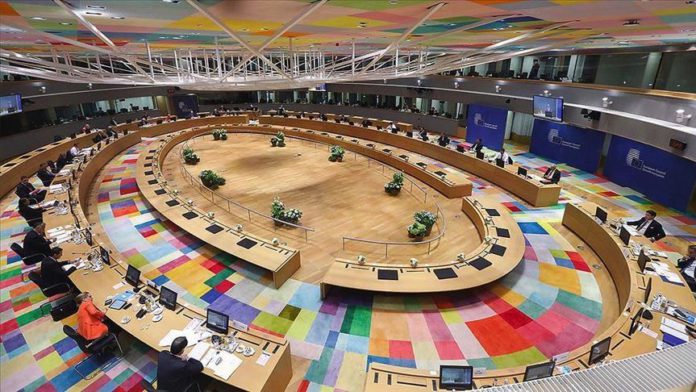 Italy, Spain, and Poland – the big beneficiaries of the European Commission’s original proposal – will lose in total €21.9 billion ($25.6 billion) compared to what was originally allocated, while Germany and France will benefit together €20.8 billion more in grants, according to the calculations of Zsolt Darvas, a senior researcher at the economic policy think tank.

The estimations suggest that France and Germany have managed to secure a considerably bigger slice of a shrinking cake during budget negotiations by presenting themselves as the deal-breaker or mediator in the conflict of the Mediterranean countries and the camp of the so-called Frugal Four.

EU heads of state and government reached last Tuesday a deal on the bloc’s budget after four days of intense negotiations.

Southern states worst hit by the COVID-19 pandemic pleaded for EU solidarity to mitigate the economic crisis, but the so-called Frugal Four — the wealthy group comprising Austria, the Netherlands, Sweden, and Denmark — had insisted on budgetary discipline.

The leaders settled on a compromise of spending €1.82 trillion for the period of 2021-2027 which includes the €750 billion recovery instrument to help relaunch the European economy after the COVID-19 crisis as well as the bloc’s ordinary budget.

The agreement significantly changed the European Commission’s original proposal on the €750-billion package.

From one hand, the ratio of the non-refundable EU grants and loans had been altered. The total amount of grants has been reduced from €500 billion to €390 billion, while loans grew from €250 billion to €360 billion.

The deal also revised the methodology of distributing the grants among member states, partially replacing the unemployment criteria to the loss of real GDP for allocating the grants from 2023.

It was mostly Germany, Hungary, and the Czech Republic who asked for this change, arguing that unemployment data from the period of 2015-2019 cannot reflect properly the impact of the 2020 economic crisis.

“We can’t be punished for being successful”, Czech prime minister Andrej Babis said at the leaders’ summit, referring to the fact that his country had one of the lowest unemployment rates in previous years.

His Hungarian counterpart Viktor Orban complained in the meantime for being treated unfairly compared to countries with higher incomes.

In an ironic way, calculations based on the final agreement show the relatively low-income Eastern European countries will benefit even less from the new scheme, while hardly-hit Mediterranean countries will receive limited grants.

“This change (…) mitigates the favoring of the lower-income in the [European] Commission’s proposal, and benefits larger countries and those that suffered larger losses in GDP due to the pandemic,” Darvas said in his analysis.

Only Germany and France will get more from the overall recovery fund, €13.4 billion and €7.4 billion, respectively.

The three big winners of the previous proposal will benefit less. Italy, Spain, and Poland can expect respectively €1 billion, €9.5 billion, and €11.4 billion less from the recovery package.

According to the estimations, Hungary and the Czech Republic will receive €2.4 billion and €3.2 billion less, respectively.

However, Italy (€84.8 billion) and Spain (€71.2 billion) remain the greatest beneficiaries of the EU recovery grants, based on the expected support from the EU budget.

In total, France can count on €50.66 billion recovery grants in the upcoming seven years, and Germany may get €47.2 billion.

Poland has to put up with €26.82 billion EU support, while Hungary and the Czech Republic can expect €6.09 billion and €5.69 billion, respectively.