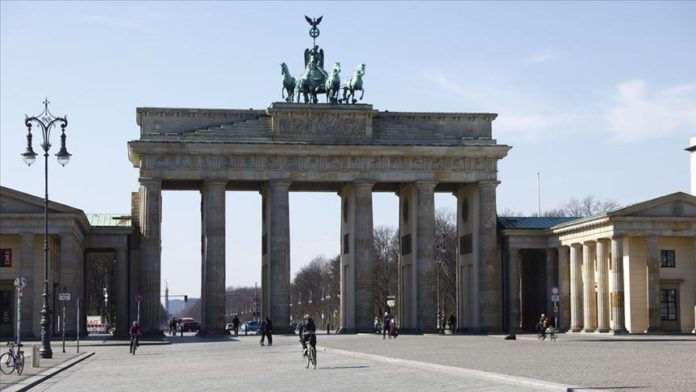 Germany on Tuesday extended coronavirus restrictions until Jan. 31, and adopted tougher measures to fight a second wave of the pandemic.

Chancellor Angela Merkel made the announcement after a meeting with the premiers of the 16 federal states via videoconference.

Merkel said the number of new infections in Germany is still too high, and the new variant of the coronavirus identified in the UK was a source of great concern.

“We have to be especially careful now. This is a new and extraordinary situation,” she said, and called on the citizens to keep social contacts at minimum, and stay at home as much as possible in the next three weeks.

According to the decisions taken in the meeting, schools, daycares and all non-essential shops will remain closed until at least Jan. 31 nationwide.

In areas where number of infections are above 200 per 100,000 people, local authorities would be able to ban citizens from traveling beyond a 15 km radius of their place of residence.

Private gatherings were further limited to one’s own household and only one person from another household.

The country’s official coronavirus death toll has reached 35,518, with 944 deaths in the last 24 hours.

Despite extraordinary measures it has taken in the past couple of months to contain the outbreak, Germany was far from achieving its target of reducing new infections to less than 50 per 100,000 people.

The Robert Koch Institute said the incidence rate was 134.7 cases per 100,000 people over a seven-day period, nearly three times more than the government’s target.

Germany has the fifth-highest tally of COVID-19 infections in Western Europe, behind the UK, France, Italy, and Spain.

The national total now stands at over 1.78 million cases with at least 35,518 deaths.