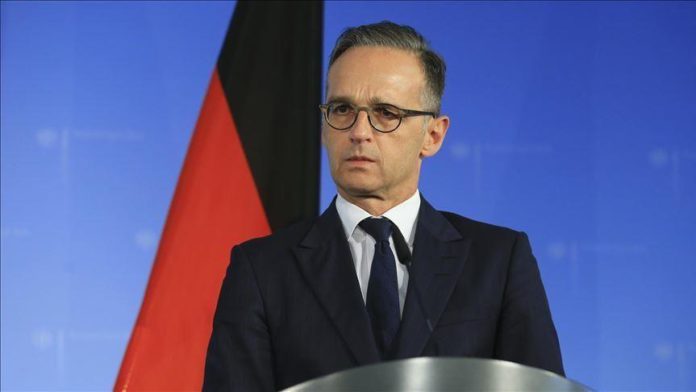 The European Union must continue dialogue with Turkey amid ongoing tensions in the Eastern Mediterranean, German Foreign Minister Heiko Maas said on Monday.

Speaking to reporters in Brussels, following a key meeting of EU foreign ministers, Maas said they discussed relations with Turkey and recent tensions in the region.

“Fundamentally, we think that the EU must continue to pursue dialogue with Turkey,” he said, adding that EU Term President Germany made considerable efforts in the last couple of months to de-escalate tensions.

Ahead of this week’s meetings, Greece and the Greek Cypriot administration have upped their pressure on other EU members and called for an arms embargo, along with severe sanctions on Turkey.

Maas sharply criticized Ankara for sending drilling vessels over the last two months to the Eastern Mediterranean to explore for energy resources, despite objections by EU members and Berlin’s efforts for a diplomatic solution.

But he made no comment on calls by Greece and the Greek Cypriot administration for harsher sanctions on Turkey.

Germany’s top diplomat said EU leaders will discuss Europe’s reaction to Turkey’s actions during their summit in Brussels on Thursday and Friday, adding that Berlin is trying to reach a decision that would get unanimous backing from all member states.

To date, German Chancellor Angela Merkel and most European leaders have remained skeptical of sanctions and instead called for dialogue to resolve problems with Ankara.

Turkey, which has the longest continental coastline in the Eastern Mediterranean, rejects the maritime boundary claims of Greece and the Greek Cypriot administration, stressing that they violate the sovereign rights of both Turkey and the Turkish Cypriots.

Tensions soar as Iran strikes US targets in Iraq