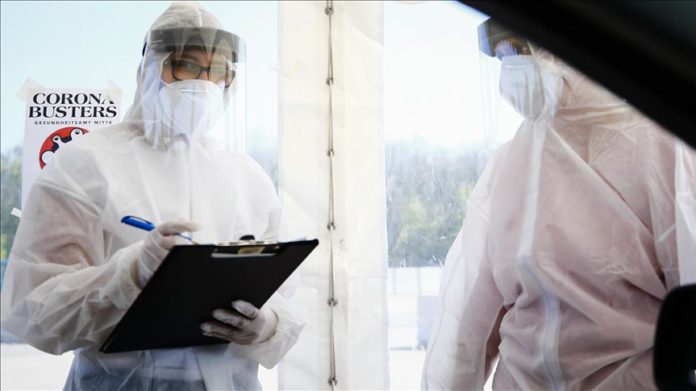 German Chancellor Angela Merkel and Education Minister Anja Karliczek held a coronavirus summit Thursday with state education ministers to discuss a spike in cases at schools, days into the start of a new academic year.

The meeting was an “informal exchange” on the challenges of the nation’s schools during the pandemic, according to government spokesman Steffen Seibert.

Days after the start of the new year in the state of Berlin on Monday, coronavirus cases were reported in a number of schools that led to closures.

Classes in Berlin and neighboring Brandenburg started without social distancing requirements but had compulsory masks in school buildings except for during lessons.

Education union GEW, among with others, said the reopening plan was “negligent” and demanded smaller learning groups, as well as a mixture of classroom instruction and distance learning.

Several schools in other states were also reportedly forced to temporarily close following confirmed cases among teachers and pupils.

Older teachers and those with chronic lung or heart problems are afraid to attend classes in fear of contracting the infection.

In a related development, health authorities in the southern state of Bavaria failed to deliver results of tens of thousands of tests for travelers returning to Germany.

Bavarian Health Minister Melanie Huml told reporters Wednesday that 44,000 of around 85,000 travelers returning to Germany through Bavaria who were tested in recent weeks, were still waiting results — among them nearly 900 were infected.

Critics cite the long delay in getting results means those with the virus may have infected others.

The government is concerned about the likely outbreak of a second wave that could plunge the country into an even deeper economic crisis.