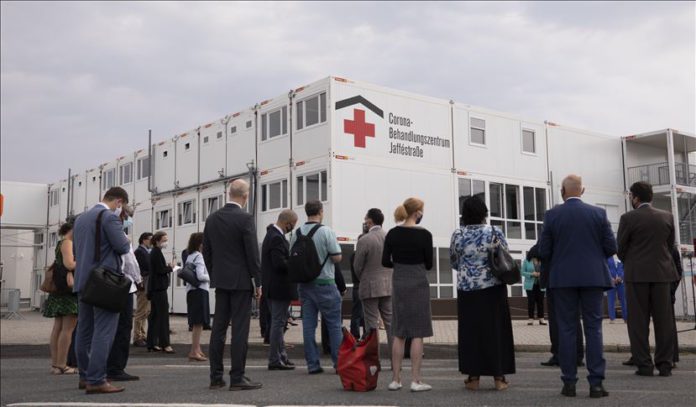 Speaking at a video conference of the presiding board of her Christian Democratic (CDU) party, Chancellor Angela Merkel said that while she was worried over the rise in infections, the country-wide virus situation was still under control, according to the weekly Focus news magazine.

German news agency dpa reported that Merkel currently ruled out any further easing of restrictions meant to stem the spread of the coronavirus, including professional football games.

The number of confirmed coronavirus cases in Germany rose to 223,453, up 625 from the previous day, with 9,231 deaths, according to figures released by the Berlin-based disease control center, the Robert Koch Institute.

Last week, German Health Minister Jens Spahn called on people to adhere to hygiene measures after the country reported its highest daily rise in COVID-19 infections since May 9.

“This obviously — if we don’t watch out now — can lead to a certain dynamic,” Spahn said, pointing out that nearly all regions across the country had now been affected by outbreaks of varying severity.

As part of the German government’s strategy to curb the spread of COVID 19, areas with localized coronavirus outbreaks will be cordoned off more fully, with residents banned from traveling beyond their borders.

The threshold for localized curbs still stands at 50 new infections per 100,000 residents over a one-week period, but local authorities can now restrict non-essential travel into and out of affected areas if that rate is reached or if the extent of the virus’ growth is uncertain.

The Merkel government is worried over a second possible outbreak wave this fall, plunging the country into an even deeper economic crisis.

'Turkey sees light at end of tunnel in terrorism fight'

US asks Ethiopia to work with int'l community on Tigray