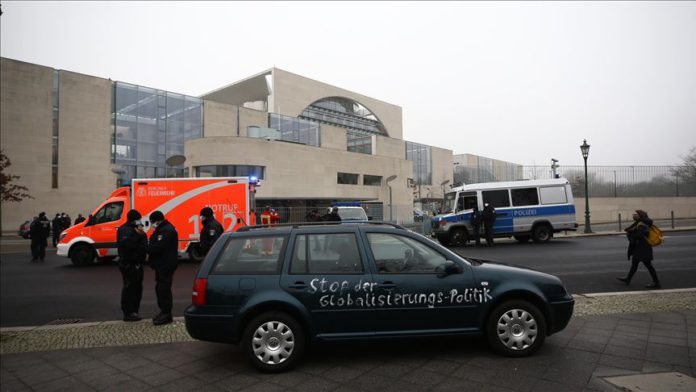 A car crashed into the outer gate of German Chancellor Angela Merkel’s office in Berlin on Wednesday.

Multiple police units responded to the scene, blocking off the area in front of the Chancellery.

The identity and motive of the driver were not immediately known.

Local media reported that it was likely a “politically motivated attack” as the driver wrote “Stop Globalization Politics” on the right side of the car.

Merkel and the government’s ministers were scheduled to meet at the Chancellery for a weekly cabinet meeting at the time of the incident.

July 18, 2020
We use cookies to ensure that we give you the best experience on our website. If you continue to use this site we will assume that you are happy with it.Ok