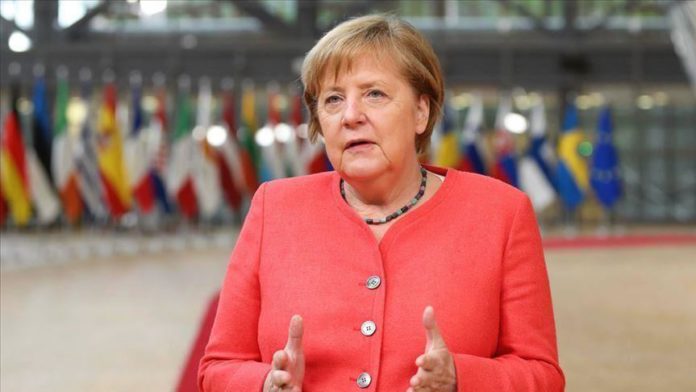 Germany on Tuesday called for an immediate cease-fire between Azerbaijan and Armenia, amid the heaviest clashes in years in the Nagorno-Karabakh region.

Chancellor Angela Merkel, whose country currently holds the rotating presidency of the European Union, spoke on the phone with presidents of Azerbaijan and Armenia on the recently escalated conflict, and called for a peaceful solution, the government spokesman said on Twitter.

“The Chancellor has underlined the urgent need for an immediate cease-fire and return to the negotiation table,” Steffen Seibert said, adding that Germany supports diplomatic efforts of OSCE Minsk Group.

“The neighboring countries should contribute to a peaceful solution,” he added.

Relations between Azerbaijan and Armenia have been tense since 1991 when the Armenian military occupied the Upper Karabakh, or Nagorno-Karabakh region, an internationally recognized territory of Azerbaijan.

The conflict between the two former Soviet countries flared up on Sunday when Armenian forces targeted Azerbaijani civilian settlements and military positions.

Heavy fighting was reported on the Armenian-Azerbaijani front-line throughout the night, according to the Azerbaijani Defense Ministry on early Tuesday.

In a statement, the ministry said Armenian forces attempted to take back the positions they lost in the Fuzuli-Jabrayil and Agdere-Terter border regions. However, retaliatory firing from the Azerbaijani troops “foiled their attempt.”