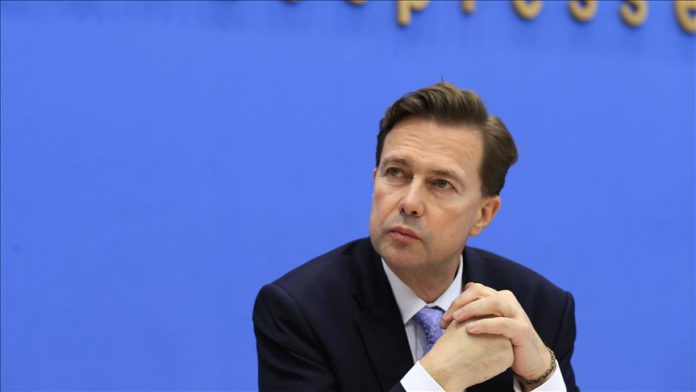 German on Monday called for direct talks between Greece and Turkey to de-escalate tension and resolve disputes over maritime rights in the Eastern Mediterranean.

Speaking at a news conference in Berlin, German government spokesman Steffen Seibert said Berlin was gravely concerned over recent tension in the region.

“There is an urgent need for the involved parties, Greece and Turkey, to engage in direct talks to discuss legal maritime disputes and hopefully resolve them,” he said.

Asked whether German Chancellor Angela Merkel would try to mediate between Ankara and Athens amid growing tension, Seibert was cautious in his remarks, saying Berlin was closely monitoring the developments.

“The federal government is in contact with both sides, and it is ready to make a contribution wherever it can be helpful. But what is of decisive importance is direct talks,” he stressed.

Last month Merkel’s diplomatic efforts helped defuse tension between Turkey and Greece, after Athens objected Ankara’s seismic survey in an area south of the island of Meis, or Kastellorizo.

Turkey announced on Monday that its seismic vessel Oruc Reis will conduct research in the region until Aug. 23.