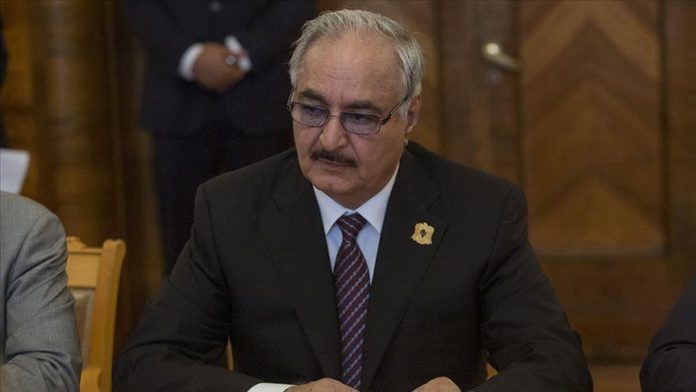 Germany urged the United Arab Emirates (UAE) to use its influence over warlord Khalifa Haftar, leader of the illegitimate armed forces in eastern Libya, according to the German Federal Foreign Office.

“In Libya at the moment, we are observing a deceptive calm. Both sides and their international allies are continuing to massively arm the country and holding firm to their preconditions for a ceasefire”, German Foreign Minister Heiko Maas issued a statement upon his arrival in Tripoli.

Maas said during his two-day official visit to Libya, he will meet with Libyan Prime Minister Fayez al-Sarraj, Foreign Minister Mohammed Tahir Sayala and Interior Minister Fathi Bashagha to discuss the “dangerous situation” in the country and the “establishment of a demilitarized zone around Sirte”.

The German minister stressed that ending the oil embargo and ensuring fairer distribution of oil revenues are important for the resolution of the ongoing dispute in the country.

Underlining that he will visit Abu Dhabi after his visit to Libya, Maas said he will discuss the topics of Iran, Syria, Qatar and Lebanon as well as the conflict in Libya with his counterparts.

“In view of the developments with regard to Israel, we also hope to see encouraging signs from Abu Dhabi on the issue of Libya,” Maas said.

The UAE has an influence over General Haftar and Germany expects them to use it in line with the Berlin process, Maas said. “Only those who participate in a political process will be part of Libya’s future.”

Libya has been mired in strife since NATO operations led to the overthrow of former strongman Muammar Gaddafi in 2011.