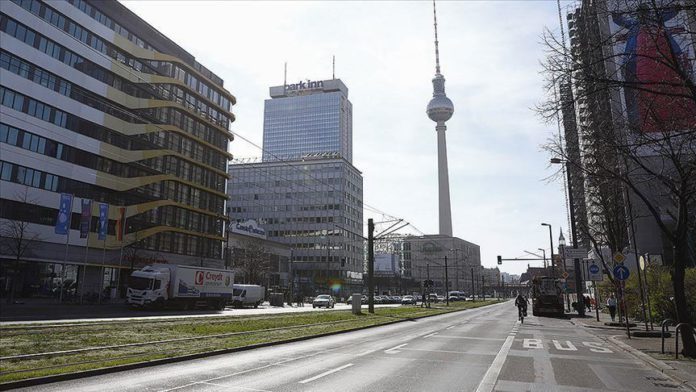 Germany announced on Thursday further easing of restrictions against the novel coronavirus pandemic, lifting a ban on religious services, as well as allowing cultural institutions and playgrounds to reopen under certain conditions.

Speaking at a news conference in the capital Berlin following a video conference with the premiers of federal states, Chancellor Angela Merkel thanked the public for complying with restrictions that helped Germany slow down the spread of the virus.

“Over the last weeks, we have achieved a lot together. I would like to thank everyone who contributed to this,” she said.

Merkel underlined that hygiene and social distancing rules would remain in place as the country gradually eases lockdown restrictions.

She urged people to wear face masks at the workplace and in public life.

According to the guidelines agreed on Thursday, prayer services at mosques, churches and synagogues would be allowed, provided that they comply with hygiene and social distancing requirements.

Merkel said she would hold a video conference with state premiers again on May 6 to review the situation and discuss the further easing of coronavirus restrictions.

However, she underlined that the existing ban on large public events, including sports events or cultural festivals, would remain in effect at least until the end of August.

Germany has the sixth-highest number of reported COVID-19 cases in the world, but has managed to slow the virus’s spread thanks to strict lockdown measures put in place in March.

Daily new infections have been slowing since the beginning of this month and remained below 2,000 for a fifth consecutive day on Thursday.

The country’s death toll reached 6,288 according to the institute, which uses official data submitted by federal states.

After originating in China last December, the novel coronavirus has spread to at least 187 countries and regions. Europe and the US are currently the worst-hit regions.

The pandemic has killed more than 229,000 people, with total infections exceeding 3.2 million, while more than 1 million have recovered so far, according to figures compiled by the US-based Johns Hopkins University.