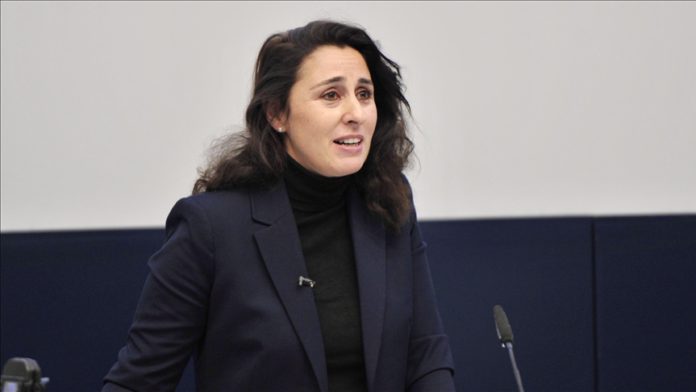 A German-Turkish lawyer, who represented families of the Turkish victims killed by the NSU, a neo-Nazi terror group, was awarded the “Ludwig Beck Award for Civil Courage” on Friday.

Seda Basay-Yildiz, a prominent lawyer at Frankfurt Bar Association, received the award from the mayor of Wiesbaden, the state capital of Hesse, Germany.

Receiving the award, Basay-Yildiz stressed the “human dignity” included in the first article of the German constitution, asking: “What should we do if this threat comes from the state? If constant threats and attacks continue, who will protect our honor?”

“We have to talk to each other more. This is the only way to create trust,” she added.

Basay-Yildiz previously said that she has been receiving death threats from neo-Nazis since August 2018.

In March, she said she and her family continued to receive death threats although she moved to a new house after the first serious threats.

She told German newspapers that she received a letter with the signature of “NSU 2.0”, a reference to the National Socialist Underground (NSU), which killed 10 people, including eight Turkish and one Greek immigrants as well as a police officer, between 2000 and 2007.

Several police officers in Frankfurt were suspended in 2019 following an initial investigation by Hesse’s Interior Ministry, but death threats with the signature of “NSU 2.0” continued since then, she added.

A suspect was arrested in May regarding the threatening letter, although it is not yet known how he reached Yildiz’s address information.