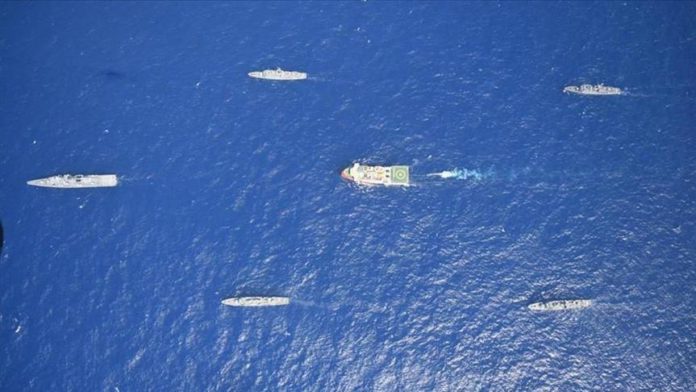 Turkey’s position is not bad regarding tensions between Ankara and Athens in the Eastern Mediterranean, a German law professor said Friday.

Nele Matz-Luck, a specialist in the law of the sea at the Christian-Albrecht University of Kiel, told local media the boundaries of continental shelves and economic zones do not necessarily have to be determined according to a midline.

“In this context, justice and equity are taken as a basis,” she said.

Matz-Luck said she does not think Turkey’s position is a bad one on tension in the Eastern Mediterranean and the agreement signed between Greece and Egypt should be examined in the context of Turkey’s claims.

Matz-Luck stressed If Turkey’s legitimate rights in the Mediterranean are not considered, the deal between Greece and Egypt cannot produce an effect.

Greece and other countries have tried to box in Turkey’s maritime territory and energy exploration rights.

However, Turkey has consistently opposed Greece’s efforts to declare an exclusive economic zone, violating the interests of Turkey.

Greece disputed Turkey’s current energy exploration in the Eastern Mediterranean, trying to box in Turkish maritime territory based on small islands near the Turkish coast.

Turkey — the country with the longest coastline in the Mediterranean — has sent out drill ships to explore for energy on its continental shelf, saying that Anakra and the Turkish Republic of Northern Cyprus (TRNC) have rights in the region.

After Germany’s diplomatic calls, Turkey stopped activities in the region, however, it resumed energy exploration earlier this month in the Eastern Mediterranean after Greece and Egypt signed a controversial maritime delimitation deal.