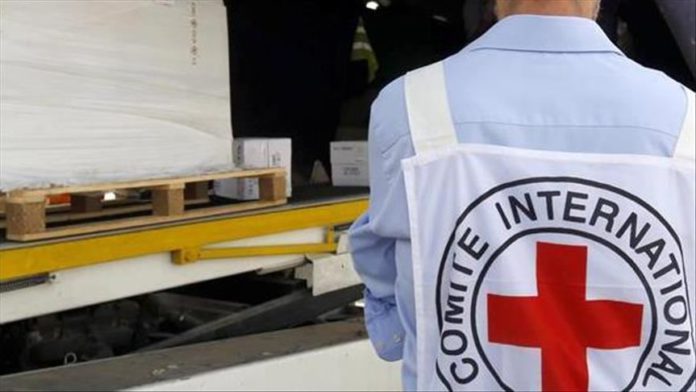 Exactly 81 years after the start of World War II, around 1.3 million Germans are still missing and their fates may never be cleared up.

Even to this day, there is still huge interest in knowing what happened to those family members, relatives or friends who went missing during the war.

“It is a great human concern that there is certainty about the fate of family members,” said the President of the German Red Cross Gerda Hasselfeldt during a recent press conference in Berlin.

The tracing service of the German Red Cross has registered more than 20 million people in its central name card index. They are the names of the dead and missing from World War II, of perished prisoners of war and soldiers, of civilians who were buried in the bombing war, but also of children who were separated from their parents in recent years while fleeing around the world.

It is a collection of missing Germans that does not really differentiate between perpetrators and victims, war criminals or innocent people.

What unites millions of digitized names: They belong to people who have been missed by someone. Not only by older but also by younger Germans who want to know about the fate of their missing great-grand father or great-grand mother.

For many relatives, it is still a black dot on the family map. In some instances, it is as simple as a quick glance into files and the case is resolved. But other cases can last months or even years.

Around every fifth request to the German Red Cross tracing service is now successful.

But it is not just improved success rates that lead to increased or repeated applications. Instead of getting older, applicants are now also getting younger again.

“There is now a generation of grandchildren who are very interested,” according to Hasselfeldt.

Shortly after the war, the tracing service of the German Red Cross were searching for over 20 million people. By 1959, the large majority of these cases had been resolved, but there were still 2.5 million people whose fates had never been resolved.

In total, some 300,000 missing children have been among the cases that were cleared up.

In one success story that took place in 2010, two brothers were reunited after being apart for more than 60 years.

The Interior Ministry which funds the Red Cross tracing service, will not stop funding in 2023 as planned, but will extend it until 2025 because contrary to expectations, the number of search queries did not decrease. Quite the opposite, last year, the tracing service received 10,091 inquiries, this year it will probably be 11,000, and the number is anticipated to rise in the coming years.

“We are experiencing everywhere that there is a rising demand for topics that have taken place in the past century,” said Deputy Interior Minister Markus Kerber, who views it as “strengthening the general welfare of society” when it comes to responding to questions about missing World War II relatives.

The successful tracing of missing Germans in World War II is also partly linked to the opening up of World War II archives of the former Soviet Union. Since 1992, it has also been possible to research German soldiers and prisoners of war there who went missing after the German military attack on the Soviet Union.

The newly accessible information from the Russian archives also clarified some previously unsuccessful inquiries: As part of a data transfer, the tracing service has received around 7 million files and index cards on prisoners of war and internees since 1992.

Sometimes it turns out that missing people were actually war criminals, explained Birgit Wulf from the Federal Archives Center where many inquiries from the German Red Cross are received.

The image of the missing person who has been traced is not always positive. Sometimes the people making inquiries about missing family members have to come to terms with the fact that the person had actually a dark past during the war, added Wulf.

Recently, for example, a woman came to Wulf who reported that she was being looked at with contempt in her village. She knew that her father was not really a nice person and felt there was something she did not know. On the basis of the archive documents it turned out: The father was a war criminal.

“The woman was shocked,” said Wulf. In such cases, she tries to provide moral support, for example explaining the background as to how people were recruited for the war.

While knowing what happened to your family members or friends brings closure to many Germans, many other missing cases remain an unresolved mystery.

Meanwhile, the German Red Cross tracing service not only searches for the whereabouts of Wehrmacht soldiers, prisoners of war or children lost in the war chaos, but also helps today’s refugees: In 2019, around 2,100 inquiries were received from refugees who lost contact with their relatives. This international search will continue after 2023.

In addition, the service also provides advice on family reunification — there were a total of 21,000 cases nationwide last year.

It is open to anyone with reason to believe their family members or relatives might be in Germany, or that German authorities might have information on their locations.

But it is not just individual fates to which new attention is being paid. The tracing service of the German Red Cross itself is also the subject of research.

The Institute for Contemporary History in Munich is starting a corresponding research project on behalf of the German Interior Ministry.

Around 18 million German soldiers were deployed across Europe during World War II, while millions of civilians were displaced or resettled, said Magnus Brechtken, the deputy director of the institute.

The German Red Cross tracing service followed such life stories over decades. “This has created a large body of knowledge”. According to the historian, the sources “have not yet been adequately processed”.