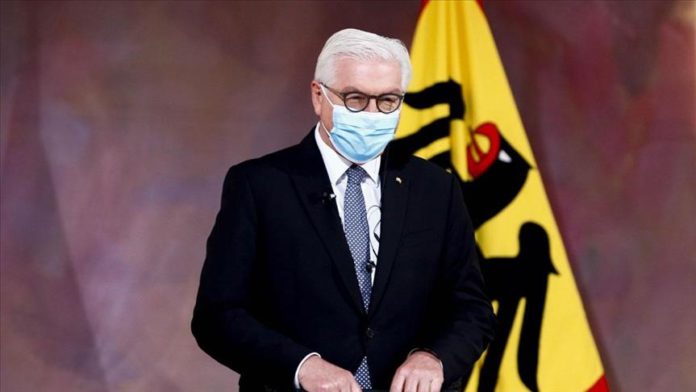 German President Frank-Walter Steinmeier received the AstraZeneca’s COVID-19 vaccine on Thursday, and called on citizens to get vaccinated against the virus.

The 65-year-old politician received the jab at a military hospital in Berlin, and shared a photo of himself receiving the vaccine, in order to encourage citizens to get the shot.

“I trust the vaccines approved in Germany,” he said in a statement posted on social media.

“Vaccination is the crucial step on the way out of the pandemic. Take advantage of the opportunity. Join in!” he said.

Germany’s national vaccination campaign has not picked up at the desired pace even three months after it was kicked off, due to production delays, logistical problems, as well as confusion and mistrust among some citizens.

The German government decided earlier this week to suspend the routine use of the AstraZeneca vaccine for people under 60, due to rare but serious side effects among younger recipients of the vaccine.

The European Medicines Agency (EMA) said Wednesday that it has found no specific risk factors, including age and gender, for the AstraZeneca vaccine, but also noted that it’s carrying out further analysis.