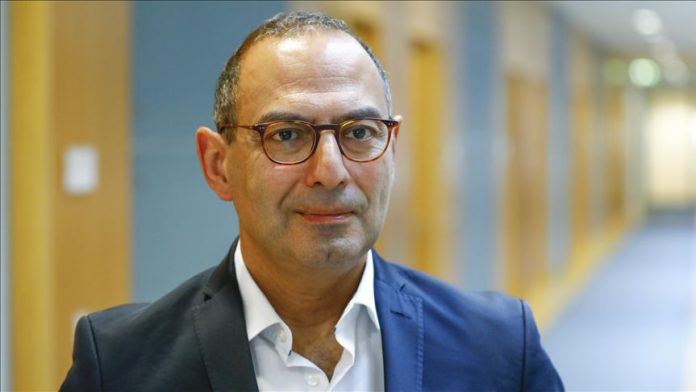 Germany’s Free Democratic Party (FDP) is preparing a resolution to honor the victims of the neo-Nazi terror group, a lawmaker said on Sunday.

Speaking to Anadolu Agency, Grigorios Aggelidis said his party is preparing the resolution to honor 10 people, including eight Turks, murdered by NSU.

Sharing his hopes for widespread support for the resolution, Aggelidis stressed that there is a need to give a clear signal by declaring a national commemoration day for victims of the racist terror group.

He underlined that efforts to uncover the whole truth behind the NSU should continue.

“Particularly, family members of the victims should conclude that the German state is doing its best to fully unearth the murders by NSU. This is a critical point,” he noted.

“All forms of xenophobia and racism should be fought against,” the lawmaker added.

The German public first learned about the NSU’s existence in 2011, when two of its members died during a bank robbery attempt.

Until 2011, Germany’s police and intelligence services ruled out any far-right motive for the murders and instead treated immigrant families as suspects in the case and even harassed them for alleged connections with mafia groups and drug traffickers

The NSU’s only known surviving member Beate Zschaepe was sentenced to life in prison in 2018 by the Munich’s Higher Regional Court, after a five-year long trial.

Despite serious question marks about the role of former intelligence officer Andreas Temme and dozens of other informants, they were not indicted.

Recent revelations in German media have shown that the domestic intelligence agency BfV had dozens of informants who had contacts with the NSU suspects since the late 1990s.

But officials insisted that they had no prior information about the NSU terror cell and its suspected role in the killings.

Many questions over the murders remain unresolved, as dozens of secret files belonging to the domestic intelligence service were destroyed, soon after the 2011 death of the two other NSU members, Uwe Mundlos and Uwe Bohnhardt.

Turkey: Economic support in face of virus hits $28.5B