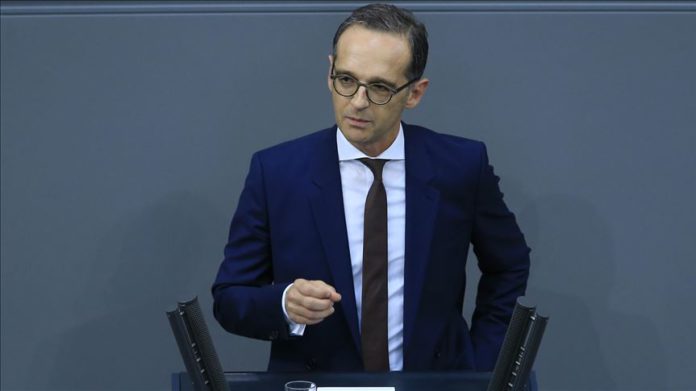 The German parliament on Wednesday expressed its strong opposition to Israeli plans to annex parts of the West Bank.

Speaking at the German parliament in the capital Berlin, German Foreign Minister Heiko Maas warned that the Israeli move would threaten the stability of the entire Middle East.

“Peace cannot be reached through one-sided steps,” the minister said.

With the exception of the far-right Alternative for Germany (AfD) party, all other parliamentary factions warned against the Israeli plan, saying it would seriously endanger a two-state solution.

“We are extremely skeptical about the plans of the new Israeli government […],” said Juergen Hardt, foreign policy spokesman for the German chancellor’s Christian Democratic party faction.

Hardt said the Israeli plan was contrary to international law.

The Christian Democratic parliamentarian warned of “the danger of new tensions” in the Middle East, should Israel proceed with the controversial annexation of parts of the occupied West Bank.

Hardt’s remarks were echoed by the foreign policy spokesman of the liberal Free Democratic Party (FDP) Bijan Djir-Sarai who expressed “great concern” over the Israeli plan.

“We are very concerned about this annexation announcement. We remain committed to the goal of a negotiated two-state solution. That is our position,” Breul said at a government press briefing.

The German foreign minister has vowed to put the issue on top of the agenda as Berlin has assumed today the six-month rotating European Union presidency as well as chairing the month-long UN Security Council.

Maas called on Israel to reconsider such plans, saying it was still possible to use “the opportunity and the time window” before a likely annexation.

Israel’s new government is expected to present its strategy this month for implementing the so-called “Deal of the Century” proposed by the US President Donald Trump.

The plan gives Israel a free-hand to annex large parts of the West Bank, including the Jordan Valley, which Israel occupied in 1967.